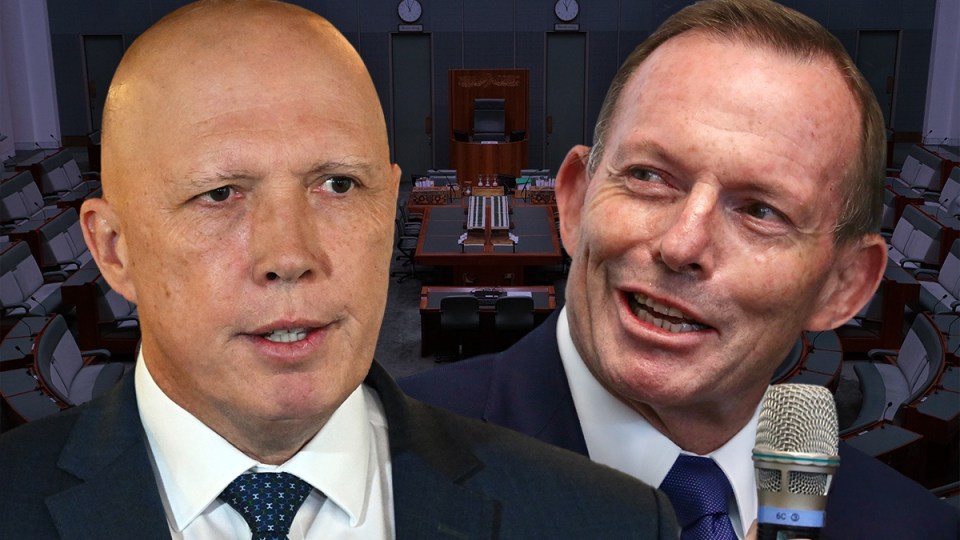 Mr Dutton shares a few traits with his predecessor as Liberal leader.
analysis

On Tuesday there was a bit of bonhomie in Canberra and a promise to begin a new Parliament with a more respectful approach to politics.

By week’s end, many seemed to have had their hopes disappointed even sooner than is usual.

An audience slightly wider than the usual dorks tuned in for question time the next day and saw a familiar forum for road testing political attacks.

Opposition Leader Peter Dutton launched an hour of sustained innuendo on the topic of Labor and trade unions.

He asked Prime Minister Anthony Albanese if he had ever met any CFMEU official who had engaged in criminal behaviour.

There was plenty of imputation but no name or supporting evidence with criticism of the government’s move to abolish the construction industry watchdog bolted on.

The Opposition painted on a slightly wider canvas on Thursday, but things still got heated.

“Back to the same old bucket?,” Mr Albanese had responded. Indeed.

During Kevin Rudd’s first question time as prime minister inflation rated 54 mentions. On Wednesday it came up seven times, despite data released that day showing prices were now rising at the fastest rate in decades.

One Liberal suggested this was proof that Mr Dutton was fashioning himself after a predecessor and parliamentary bruiser.

Politics grew more hostile and rude when Tony Abbott was opposition leader. That’s not a matter of taste but the conclusion of political scientist Marija Taflaga, who ran an analysis of the levels of disruption across parliaments.

What had been a forum for debating Australia’s future instead became one question after another about asylum seekers or the carbon tax, Malcolm Turnbull lamented at the time.

Tony Abbott elevated negative politics to new heights but he was also helped by the dynamic of a minority Parliament in which the government lacked the numbers to assert control.

That changed expectations of what could – and would – be done from the opposition benches. 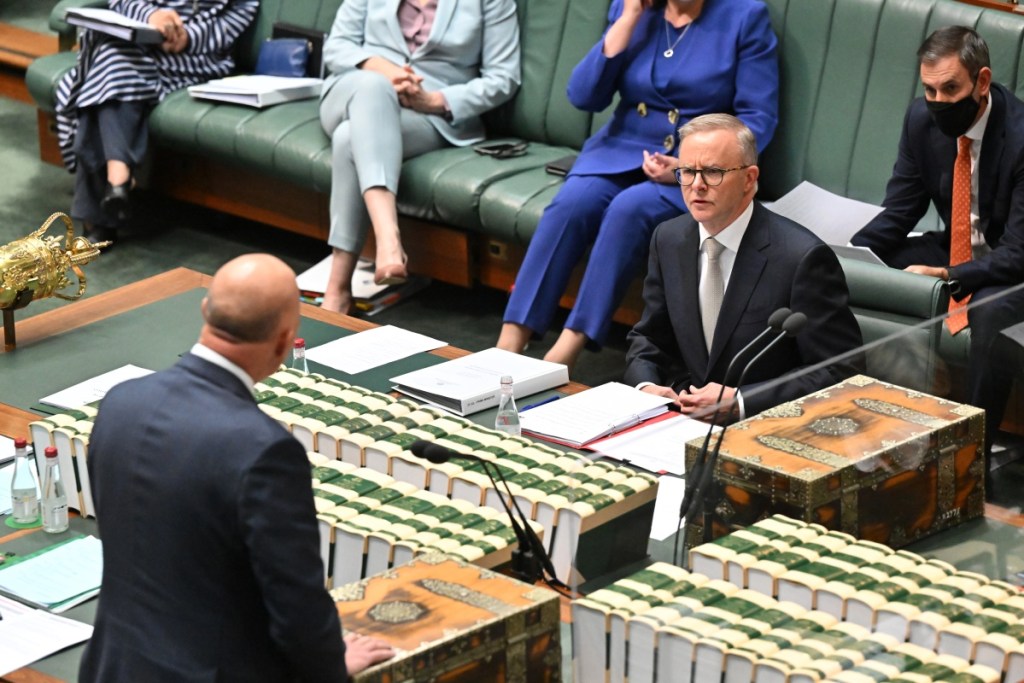 Hopes of a more civil Parliament were dashed in the first question time. Photo: AAP

The job of first-term opposition leader had not typically been a reliable pathway for career advancement.

Some in the post have unkindly been referred to as cannon fodder, such as the Liberal who led, albeit briefly, those comparatively civilised interrogations of Mr Rudd on the cost of food.

It is not obvious how a successful Opposition fits into the respectful Parliament the government wants to create as it implements the recommendations of a review into a toxic culture.

A Coalition source said Mr Dutton was careful to observe parliamentary traditions. But he had a skeptical word to the Leader of the House, Tony Burke, this week.

“Mate, what was the difference between that Question Time and the other ones that we’ve been in for a long time?,” he recalled during an interview Sydney radio.

Asked what happened to the plans to be nicer, Mr Dutton conceded the PM had gone “over the top” when responding to (another) question about an unnamed union official and said his opposite number had a temper.

Gymnastics like that are necessary for any MP at the centre of a parliamentary pantomime where punches rain down fast but even “reflecting” on another MPs’ character is strictly against the rules.

Mr Albanese quite deliberately refrained from putting the boot in after he assumed the Labor leadership.

Previously few on his side of politics seemed to take so much joy in it.

The ‘Marrickville mauler’ went as close as anyone to keeping Tony Abbott in check. He would often explore the issue of Mr Abbott’s temperamental suitability for high office including with a chant: “In your guts you know he’s nuts.”

Can he now change how politics operates? Much lies outside his control.

Forces bigger than any leader or Parliament have changed the conduct of politics.  Television broadcasts of question time, dwindling public interest and less intelligent media coverage have dumbed down politics and incentivised insults.

A question chosen at random from the Hansard, like John Spender’s cogent 140-word inquiry to Bob Hawke on foreign affairs back in 1987, reads like ancient Greek hexamater by today’s standards.

Question time is now mostly an opportunity to mug for the cameras with lines that fit into a TV bulletin. Journalists and readers are often willing accomplices.

Many MPs are in politics precisely because it is an excuse for dominance displays. Only recently have we heard more from those who feel otherwise and only after some ugly allegations.

In a move that may allay these cultural issues a little, Mr Burke announced a significant overhaul this week, of question time and parliament more broadly.

Independent MPs will now get three of the ten or so questions to government ministers – a shift that might gradually reverse the trend of recent decades.

But change will only be meaningful if it extends to the public view of politics and how it is covered. In many dispatches this week that prospect seems to have been drowned out by the noise.