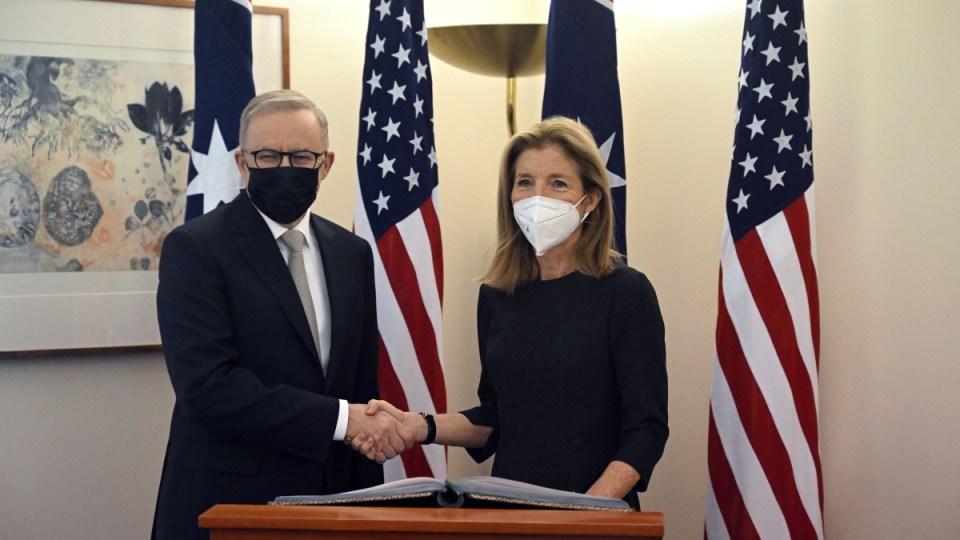 The recently minted US ambassador to Australia, Caroline Kennedy, has met with the prime minister and defence minister at Parliament House, with climate change and Indigenous issues among the items on the agenda.

The ambassador passed on the best wishes of US President Joe Biden and the White House during the introductory meeting with Anthony Albanese.

Mr Albanese informed Ms Kennedy about the Uluru statement and the work towards enshrining a Voice to parliament, with the ambassador expressing her interest in Indigenous issues.

Co-operation between the two nations on climate and the Indo-Pacific were also discussed.

Deputy Prime Minister and Defence Minister Richard Marles welcomed the new ambassador, saying the pair discussed the future of the Australia-US alliance along with a “secure, resilient and prosperous” Indo-Pacific and future areas of co-operation.

US ambassador Kennedy meets with PM