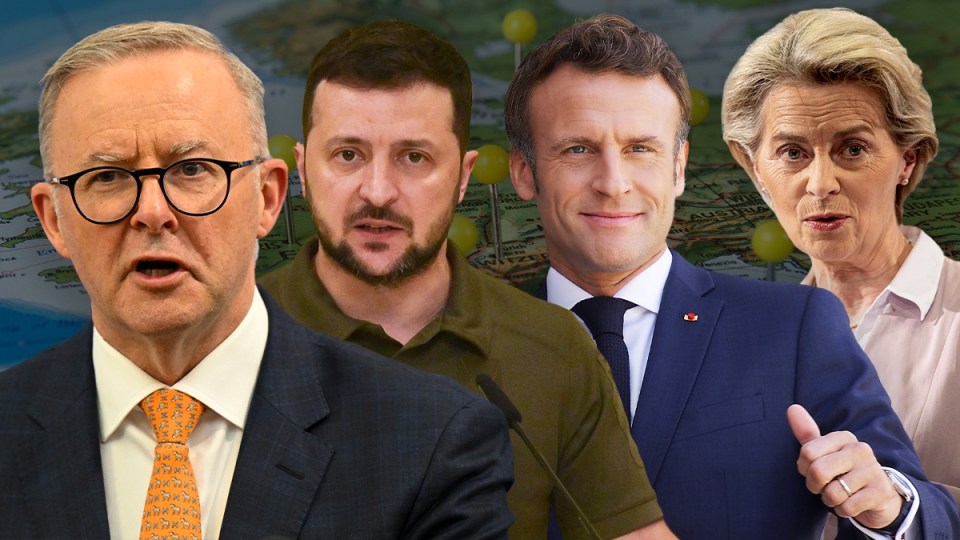 Mr Albanese has sought to twin international concerns with those on Australia's doorstep. Photo: TND

Critics began to take aim at Prime Minister Anthony Albanese on Monday for his continued focus on foreign affairs even as experts praised his early achievements on the world stage.

Some critics noted he has now spent two of his first six weeks as Prime Minister overseas.

“It is concerning because what he seems to be doing is focusing completely on the international front,” Opposition immigration spokesman Dan Tehan said.

The Daily Mail gave voice to Twitter critics who had earlier coalesced around a less catchy equivalent of a knock on Kevin Rudd during his early days as Prime Minister: #AirbusAlbo.

His overseas agenda has also been criticised for needing more focus on Australia’s doorstep and defence policy concerns.

Experts told The New Daily Mr Albanese had delivered on a new approach to world affairs and staked out the key tenets of his government’s foreign policy.

John Blaxland, a professor of international security and intelligence at the Australian National University, said that Mr Albanese appeared to be distinguishing himself by marrying international engagements with more immediate national interests.

“Historically, [Labor governments] have always tended to stress United Nations collaborative international agendas and the Coalition has tended to favour focusing on the US alliance,” Professor Blaxland said.

“What Albanese is doing, I think, is seeking to reconcile both strands of Australia’s foreign policy predilections.”

France has an extensive presence in the Pacific, as do other NATO partners, the US and Canada.

Professor Blaxland said co-operation with NATO was also an opportunity for diversifying security partnerships, such as reviving a recent tense partnership with France and India and sharpening opposition to illiberal regimes that is central to Australian messaging in the Pacific.

Mr Albanese promised an extra $100 million in military aid to Ukraine on Sunday and labelled Russia’s bombing of Kyiv a war crime.

During the election campaign Mr Albanese pushed back on criticisms that he would prove a soft touch in a competitive strategic relationship with China.

Expectations of a reset were also raised following the extension of congratulations by Chinese Premier Li Keqiang on the occasion of his election victory.

But six weeks into his term he had won praise from Andrew Hastie, the Coalition’s spokesman on defence and one of Beijing’s most strident critics in the current Parliament.

Mr Albanese said China had been seeking to undermine western alliances and become the world’s most powerful nation, just as the security alliance named it as a strategic competitor for the first time.

Mr Hastie said this was evidence of “continuity, not change” in the approach to relations with Beijing.

Peter Dean, chair of defence studies at the University of Western Australia, said a substantial shift in the relationship could not be realised so long as demands on Australian sovereignty, reflected in a 14-point list of requirements for the resumption of relations, persisted.

“No Australian government that is self respecting will kowtow to any of that type of stuff,” he said.

“We’ve seen a quieter tone, not so much megaphone diplomacy, but it hasn’t changed the substance of our relationship with China.

“Australia is not interested in following the [Chinese] version of a hierarchical order in Asia, in which they sit up the top and we do what we’re told.”

Defence Minister Richard Marles said that the government had abandoned previous “chest beating” and was hopeful of a “change of tone” in the relationship.

Long before the election, Mr Albanese had nominated a new approach to climate change as a key foreign policy tool.

After figuring in his earliest diplomatic outing with US President Joe Biden, Mr Albanese said a perception that Australia was now taking the issue seriously had helped restore talks with Europe on trade.

It was at the centre of Penny Wong’s first public message to the Pacific on assuming her role as Foreign Minister.

Last week Environment Minister Tanya Plibersek received a warm welcome at a UN conference in Portugal by affirming the government’s commitment to the environment.

Professor Blaxland said that the prominence given to domestic policy on emissions reduction reflected the importance of soft power and persuasion as a tool of Australian diplomacy.

“Albanese is winning a lot of hearts and minds, in Europe, in the Pacific and elsewhere [… where the] rhetorical reluctance of the Coalition left Australia high and dry,” he said.

“The key thing is that for us, as we engage in our neighbourhood, our neighbours’ concerns revolve largely around global climate change.

“We need to respond to the felt need.”

Mr Albanese returns home from Europe but will set off again next week to Fiji, where he will attend a leaders summit of the Pacific Islands Forum.