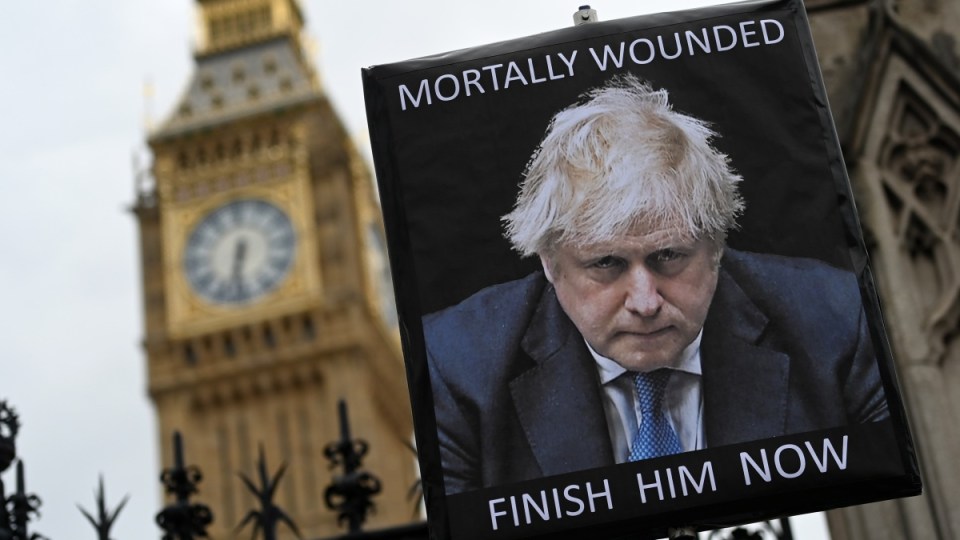 British Prime Minister Boris Johnson is set to meet his Cabinet in a bid to keep his leadership afloat after a bruising confidence ballot.

Johnson insisted he had secured a “decisive” victory despite 148 of his own MPs voting to oust him on Monday night, arguing the government could now “move on” and focus on what “really matters to people”.

But while allies of Mr Johnson have insisted his ballot victory should draw a line under the question of his leadership, Labour is moving to apply further pressure on the PM by pushing for a Commons vote on standards.

The party is urging MPs from all sides to back calls for Johnson’s ethics adviser to be given the freedom to launch his own investigations into potential ministerial rule breaches.

Tory MPs voted by 211 to 148 in support of the Prime Minister on Monday, but the scale of the revolt against his leadership left him wounded.

When Theresa May faced a confidence vote in 2018 she secured the support of 63 per cent of her MPs, but was still forced out within six months.

Mr Johnson saw 41 per cent of his MPs vote against him, a worse result than Mrs May.

Does Boris Johnson think we can’t add up? 4 in 10 of his own MPs don’t have confidence in him, rising to 7 in 10 if you just count the backbenchers – and he’s telling us it’s a “very good result”. He’s going full Trump #NoConfidenceVote

But the Prime Minister told reporters in Downing Street: “I think it’s an extremely good, positive, conclusive, decisive result which enables us to move on, to unite and to focus on delivery and that is exactly what we are going to do.”

He rejected the assertion that he was now a lame duck prime minister who needed to call a snap election to secure a new mandate from the public, insisting he was focused on people’s priorities.

Several senior ministers flocked to back the PM following the result, with Health Secretary Sajid Javid saying Johnson had secured “a fresh mandate” from the Conservative Party.

But others were not entirely positive, with Environment Secretary George Eustice saying the result “underlines that as a government we have got to work very hard to reconnect with our own parliamentary party to reunite them behind the agenda we were all elected to deliver”.

“Conservative MPs made their choice,” he said.

“They have ignored the British public and hitched themselves and their party firmly to Boris Johnson and all he represents.”

The scale of the revolt against Mr Johnson’s leadership has left him vulnerable, and he could suffer further blows in two key by-elections in Wakefield and Tiverton and Honiton on June 23.

Former Conservative leader William Hague said Mr Johnson has experienced a “greater level of rejection” than any of his predecessors and should quit the premiership.

“Words have been said that cannot be retracted, reports published that cannot be erased, and votes have been cast that show a greater level of rejection than any Tory leader has ever endured and survived,” Lord Hague wrote in The Times.

The article was shared by Tory MP Andrew Bridgen, who said: “Lord Hague is right. The residual concerns from across the party will continue to remain.

“The Prime Minister should now leave with honour and residual affection for what he has achieved.”