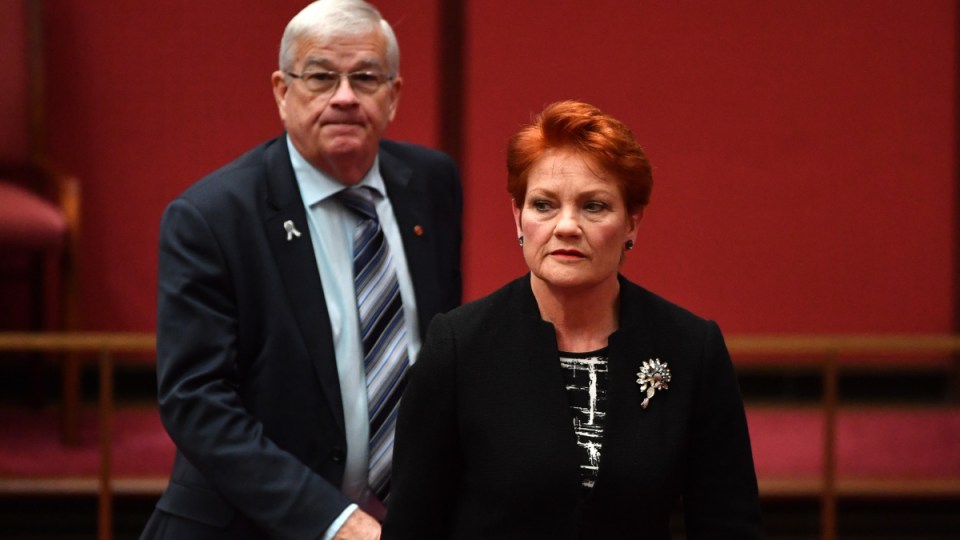 Former senator Brian Burston claims One Nation leader Pauline Hanson launched “public warfare” against him after the pair’s relationship broke down in 2018.

Mr Burston, who quit One Nation to join United Australia Party, is taking Federal Court defamation proceedings against Senator Hanson in Sydney over what he said were claims of sexual harassment made against him on social media, via text and on television.

Mr Burston argued the claims painted him as a sexual harasser, and someone who acted disgracefully and brought the senate into disrepute.

His legal team says the claims are entirely fabricated and that the events in question never happened.

On Monday, Mr Burston’s counsel, Bruce McClintock SC, told the court that Senator Hanson and staffer James Ashby issued the “opening shot in the public warfare” against his client in an interview with journalist Ben Fordham after a breakdown in the politicians’ relationship over supporting the government’s corporate tax cut plans.

In the television interview played in court, Senator Hanson refers to Mr Burston “stabbing” her in the back, doing a “dummy spit” and not being happy at not at the top of a party ticket.

“This is what we would say is the initial attack,” Mr McClintock said.

The barrister said his client complained of three matters. The first was a Facebook post from February 2019, allegedly prepared by Mr Ashby, that referred to an unnamed senator “under investigation” for sexual harassment.

The second, Mr McClintock said, was a text message sent to the former senator’s wife on Valentines Day. It was received the day after a dinner at Parliament House where Mr Burston and Mr Ashby were involved in an altercation.

The “mean and spiteful” text message alleged that Mr Burston was being investigated for sexual harassment of former female staffers, and that he considered his wife a “whingeing old bag”, the court was told.

The third matter related to a television interview given by Senator Hansen to journalist Deb Knight in March 2019 that Mr McClintock said “came out of the blue”.

Mr McClintock described the claims against his client as “unbelievably traumatic” and said they were about the worst thing that could be said “short of paedophilia”.