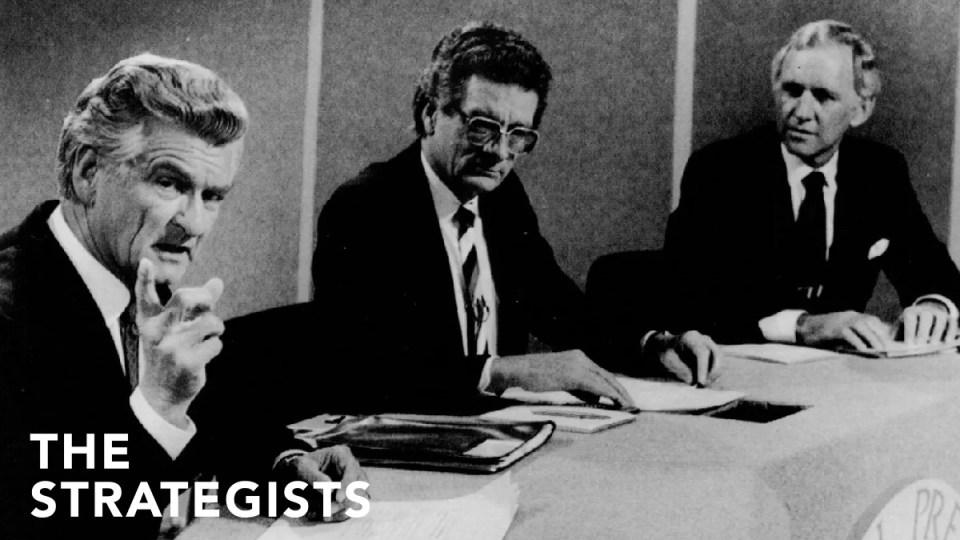 Both major party leaders were, momentarily, declared the victors in a leaders debate more notable for a botched audience poll and argumentative tone than its substance.

Even the most fleeting victory, though, might have been cause for quiet celebration after a week in which both campaigns came under heavy scrutiny.

And Anthony Albanese tried to deflect the heat from an unforgiving travelling press by going on the offensive himself.

Early voters are already making their choices; to help focus our minds are TND’s campaign experts with insights on whom and what to watch in week five of the campaign.

The leaders debate was panned. Are they ever decisive?

Debates can be decisive if one of the participants delivers a standout performance or makes a memorable gaffe.

That didn’t happen on Sunday night. If anything, some voters were probably underwhelmed given the format allowed way too much talking over other people.

The upside for both Albanese and Morrison is it reminds voters that ultimately, the race for Prime Minister only has two contestants.

Labor is steaming ahead on campaign ads. Does this budget advantage necessarily translate politically?

Political parties traditionally advertise where they think they will get the best bang for their buck.

The entry of Clive Palmer’s United Australia Party has changed that, with blanket advertising in print and online, on billboards, via text messages and through people waving signs.

Palmer is even spending big in seats he has no hope of winning. This is both a play for Senate votes but also to try to control the flow of preferences in close-run seats. The teal independents are more targeted geographically in their advertising, and have so much money to spend that they will blast their opponents out of the water in the final fortnight, particularly on social media spend.

No doubt some of the surprises on election night will be driven by the significant campaign advertising expenditure of Palmer and the teals.

Pop quiz. A reporter puts you on the spot at a press conference and you just don’t know. What do you say?

That depends on the question.

I don’t have a problem with leaders deferring to their relevant minister or shadow minister. It happens all the time.

The bigger conundrum is how to shift momentum back your way when the travelling pack is having fun at your expense by continually asking ‘gotcha’ questions with no real interest in the answer.

Early voting is open and more people are likely to cast their ballots before election day. Does this change the campaign?

The increasingly high percentage of people voting early does impact campaigning because there is now significantly less value in holding big announcements until the final few days.

That said, election day still matters and campaigns must hit the finish line with enough steam to carry undecided voters with them.

The leaders debate was panned. Are they ever decisive?

Sunday’s criticism was a reflection on the format; there’s nothing wrong with leaders debate as an idea.

Look at the ‘People’s Forum’ on Sky News. It opened the floor to voters in key marginal seats; Sunday’s debate relied on journalists guiding the questions.

With social media platforms playing a larger role in attracting votes and people anxious about uncertainty in Europe and the impact of rising inflation on their mortgages, this was a lost opportunity for both leaders to communicate with the quiet Australian voter.

Labor is steaming ahead on campaign ads. Does this budget advantage necessarily translate politically?

The golden rule of campaigning is that money and boots on the ground deliver votes.

You need money to conduct a poll in a seat to provide a roadmap to victory; launch a social media campaign; buy traditional media advertising, corflutes, billboards and enough to keep volunteers fed and happy.

But while money is important, it is trumped by incumbency.

All of which makes the recent Labor strategy of aligning with independent campaigns in safe seats so interesting to watch.

Independents, of course, can campaign on one issue, skew the vote and preference against the communities’ wishes.

Rob Oakeshott and Tony Windsor were elected as independents but later punished by constituents in their conservative country New South Wales electorates when they provided supply to the left-leaning Gillard Labor government. This should be a warning to all of the teal candidates and Simon Holmes a Court: Everyone answers to their community on polling day.

Pop quiz. A reporter puts you on the spot at a press conference and you just don’t know. What do you say?

If you step up to a microphone, know your stuff; do the work. All candidates, especially leaders, must at least know their policy platforms, initiatives for their electorates and the most important economic indicators. Local knowledge and stories help too.

This is the baseline. Fail to prepare and the press pack will sniff you out.  In the 2013 campaign I remember newly preselected Liberal candidate Jaymes Diaz’s mis-step on the Coalition’s five-point plan to stop the boats.

He was politically terminated without prejudice by the media and voters of Greenway.

In the middle of a leaders debate on national television there’s a lot less wriggle room for those who forget a key pillar of their campaign messaging or economic agenda. Media storms can be waited out, but votes are changing as they do.

Early voting is open and more people are likely to cast their ballots before election day. Does this change the campaign?

The major parties are expecting at least 30 per cent of voters will cast their ballots early.

This changes when and how political announcements are made. The pressure on campaign teams to have volunteers present at pre-polling centres – another massive undertaking.

That also locks candidates in concrete boots as they campaign at booths for two weeks solid. This stops them from door knocking.

A local campaign’s focus can become consumed by electors who have decided to vote early; a group likely to have made their minds up early and be hard to persuade.