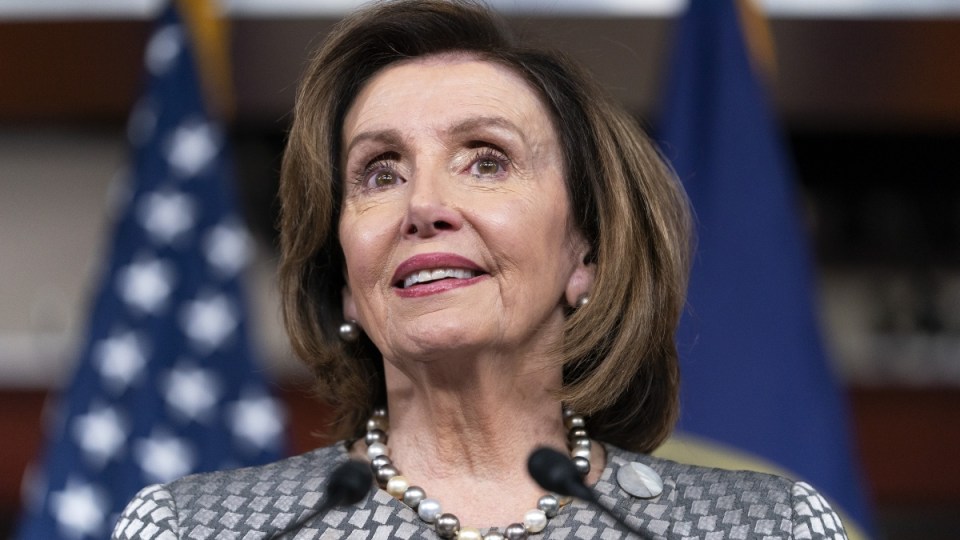 Nancy Pelosi is the highest-ranking American leader to visit Ukraine since the start of the war. Photo: AP

US House of Representatives Speaker Nancy Pelosi says she met Ukrainian President Volodymyr Zelensky in Kyiv to send the message that the United States stands firmly with Ukraine as it battles “Putin’s diabolic invasion”.

Mr Zelensky, flanked by an armed escort, greeted Ms Pelosi outside his presidential office, dressed in the khaki military garb he has worn for public appearances since the start of Russia’s invasion on February 24.

“Our delegation travelled to Kyiv to send an unmistakable and resounding message to the entire world: America stands firmly with Ukraine,” Pelosi said in a statement on Sunday.

She was accompanied by several lawmakers on a congressional trip that followed a visit last weekend to Ukraine by Secretary of State Antony Blinken and Secretary of Defence Lloyd Austin.

“Our delegation proudly delivered the message that additional American support is on the way,” she said.

On Friday, Ms Pelosi said she hoped to pass a $US 33 billion aid package for Ukraine requested by President Joe Biden as soon as possible – a dramatic escalation of US funding for Ukraine more than two months after Russia launched what it calls a “special military operation.”

“The United States is the leader in strong support for Ukraine in the fight against Russian aggression. Thank you for helping to protect the sovereignty and territorial integrity of our state,” Mr Zelensky said on Twitter, sharing a video of the meeting with Pelosi.

Biden’s funding request includes over $US 20 billion for weapons, ammunition and other military assistance, as well as $US 8.5 billion in direct economic assistance to the Ukrainian government and $US 3 billion in humanitarian aid.

Pelosi’s delegation, which included Foreign Affairs Committee Chairman Gregory Meeks, travelled onward from Ukraine to Poland for meetings with President Andrzej Duda and other senior officials, according to its statement.

As House speaker, Pelosi is the second in line to succeed Biden, after Vice President Kamala Harris.