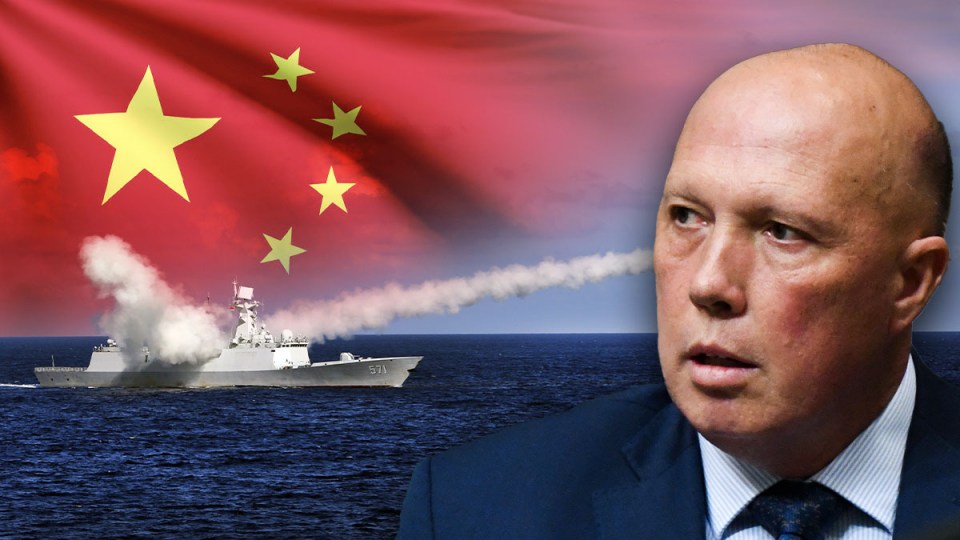 Peter Dutton says the only way you can preserve peace is to prepare for war. Photo: Getty/TND

As it sounds the alarm on national security, the government appears to be playing “word games” on the question of when it first knew of a China-Solomon Islands security pact, a top defence expert says.

During a breakfast television interview on Anzac Day, Defence Minister Peter Dutton reached for an ancient military maxim when discussing the security situation in the Pacific.

“The only way that you can preserve peace is to prepare for war and to be strong as a country, not to cower, not to be on bended knee and be weak,” Mr Dutton said.

“The Chinese, through their actions, through their words, are on a very deliberate course at the moment and we have to stand up with countries to stare down any act of aggression.”

But the minister denied the government had been caught out by the signing this month of a defence pact between the Solomon Islands and China, a potential prelude to a military presence in the Pacific.

“We had to work with our intelligence.”

The comments contrast with those made by the Minister for the Pacific, Zed Seselja and Foreign Minister Marise Payne.

Both have insisted the government only found out about the deal last month after a draft was leaked online.

“We found out about it when we saw that leaked draft,” Senator Seselja said.

But the Opposition Leader of the Solomon Islands, Matthew Wale, said he told the Australian High Commission that plans were being negotiated as early as August.

Peter Dean, chair of defence studies at the University of Western Australia, said: “The question here is what they knew about the potential for a deal versus the content of the deal itself?

“I think they are arguing the latter – that they didn’t know the content of the deal.

“We know that the Australian High Commission was given intelligence on the potential for the deal last August.

“It looks like the government is playing word games here given the ramifications of their failure to act.

“If they didn’t know anything at all until late March, then it would be one of the biggest intelligence failures in Australian history.”

Prime Minister Scott Morrison did not face reporters on Monday but brushed off a voter in a Darwin pub who asked him about why the government was helping Ukraine but not the Solomon Islands.

Labor deputy leader Richard Marles said the possible establishment of a Chinese military base would make Australia less safe and also questioned the substance of the government’s defence policy.

“We have not seen the preparation under this government,” he said.

The Opposition will on Tuesday unveil a policy it says will promote Australia as the preferred partner for governments in the Pacific region.

Additional funding will be provided for greater surveillance of Pacific nations’ maritime boundaries to help them stem the more than $US150 million ($209 million) in money lost each year to illegal and unregulated fishing.

The Opposition will also deliver a new broadcasting strategy for the region that provides training for journalists and builds links between Australia’s public broadcasters and others local to the region.

ABC transmission will be expanded to deliver more broadcast and online content in the Pacific and also in south and south-east Asia.

“Scott Morrison has dropped the ball in the Pacific, and as a result Australia is less secure,” shadow foreign minister Penny Wong said.

“The vacuum Scott Morrison has created is being filled by others who do not share our interests and values.”