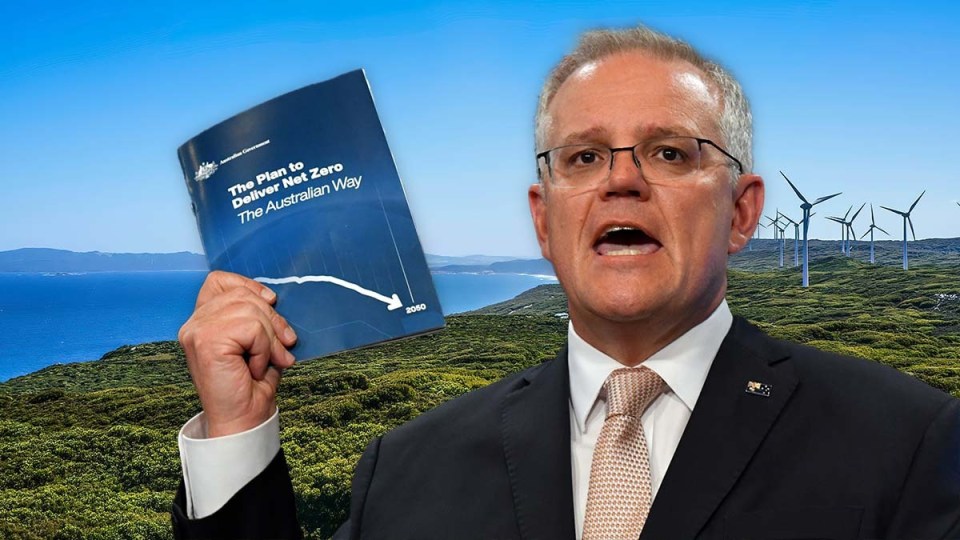 The government's emissions reduction plan has been criticised for being light on detail. Photo: TND

The government has been accused of “walking both sides of the street” on emissions reduction, after a Coalition candidate described the government’s net-zero emissions commitment as “non-binding” and “flexible”.

Speaking to Radio National, LNP candidate for Flynn Colin Boyce was asked about the government’s stated commitment to achieving net-zero emissions by 2050.

“It leaves us wiggle room as we proceed into the future.”

When challenged on how much room for manoeuvre was left by a commitment to phasing out emissions, the former state MP went further.

“Morrison’s statement that he has made is not binding,” Mr Boyce said.

“There will be no legislation attached to it.”

The central Queensland seat of Flynn is held by outgoing MP Ken O’Dowd.

The transition away from fossil fuels is shaping up to be a key election issue.

Labor said that messages on climate change were sharply divided between Coalition candidates for urban and rural seats.

“Where does Scott Morrison stand?”

Labor climate spokesperson Chris Bowen added: “It’s almost as if the LNP is walking both sides of the street on climate change”.

Late last year the Morrison government’s emissions-reduction plan was criticised for being light on detail and relying on presumed advances in technology.

In October, the Morrison government said in Australia’s updated emissions pledge to the United Nations: “Australia adopts a target of net-zero emissions by 2050. This is an economy-wide target, covering all sectors and gases included in Australia’s national inventory.”

Known as a nationally determined contribution, the updated pledge was part of Australia’s obligations under the Paris Agreement.