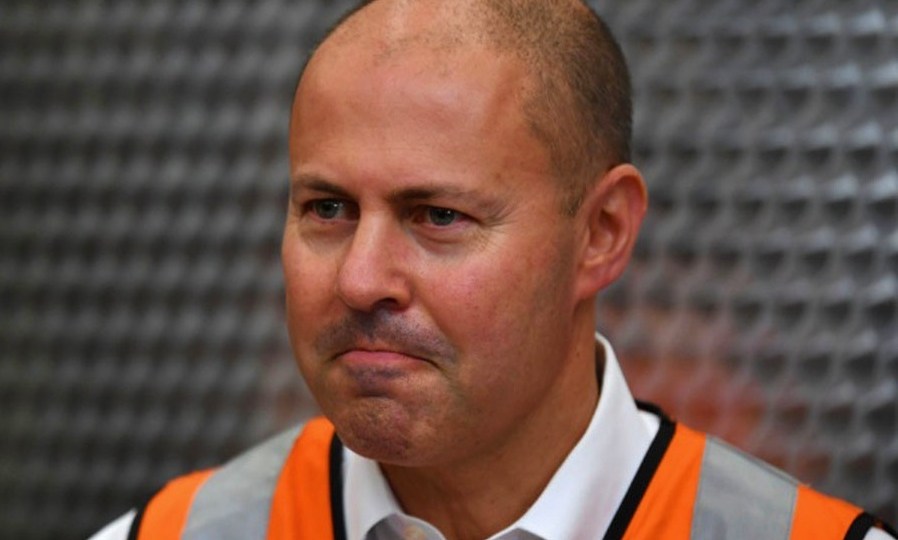 Treasurer Josh Frydenberg is facing a challenge from independent Monique Ryan in Kooyong.

This close to an election, people are usually cautioned against standing between an MP and a cute animal.

But this week Treasurer Josh Frydenberg has managed to make puppies and platitudes – time-tested fodder for any campaign – morph into an official investigation and prompt public questions about the relationship between directors of charities and their local MPs.

Political endorsements are much more a feature of American election campaigns than here.

But Mr Frydenberg remixed the concept in recent days, producing slick brochures with a blue-green colour scheme, minus Liberal logos and featuring an appeal to voters drawing on the personal story and credibility of the person supporting his reelection.

The campaign started with two local women who had strong local links to the Treasurer’s formerly blue-ribbon Kooyong electorate, and who both worked in senior roles at charities: Cate Sayer and Karen Hayes.

But the mailouts attracted the wrong kind of attention almost as soon as they landed. The Treasurer’s endorsement by charity directors – an association politicians typically seek because it is uncontroversial – was seen as improper during an election campaign.

On Wednesday it became clear that it wasn’t just Mr Frydenberg’s opponents in Kooyong who were asking questions.

Guide Dogs Victoria launched an internal investigation into whether its chief executive, Ms Hayes, had breached regulations requiring charitable organisations to be non-partisan.

It will be difficult for Ms Hayes to argue she refrained from seeking to influence the outcome of the vote in Kooyong. And both she and the Guide Dogs appeared central to the pitch.

“Josh has shown his genuine care for Guide Dogs Victoria and the people with low vision and blindness we serve,” she said.

The pamphlet was titled: “Why I am voting for Josh Frydenberg”. It was authorised by Mr Frydenberg.

Guide Dogs Victoria said it had asked for the material to be withdrawn from circulation.

“Guide Dogs Victoria is absolutely committed to its important work as a charitable, apolitical organisation,” board chairman Iain Edwards said in a short statement on Wednesday.

“The board had no prior knowledge of the distribution of this material and does not endorse it.”

Regulations require charities to be apolitical because it is usually a director’s obligation to look after the best interests of supporters and recipients. Bias can undermine public faith in a charity and narrow its base of potential contributors.

But what about the dilemmas posed by an election campaign for laws requiring political contributions and conflicts to be disclosed?

About a year into the most recent Parliament, Guide Dogs Victoria received a $2.5 million grant from the federal government. Mr Frydenberg was quoted prominently in the charity’s thankful media release.

There is no suggestion that federal grants or the prospect of reciprocal publicity or endorsement influenced the behaviour of either Mr Frydenberg or Ms Hayes in any way.

But similar issues also surrounded the appearance of Ms Sayer, the founder of the Inclusion Foundation, in the first run of the Treasurer’s endorsement pamphlets. Her show of support drew almost exclusively negative attention for her charity and unkind online remarks linking her support with the political affiliations of members of her family.

Her bona fides should not be in question.

But should the hundreds of thousands of dollars received by her charity from the state and federal government need to be disclosed, as she fronts a campaign pushing the reelection of the Treasurer of Australia? That is not a difficult argument to mount.

Mr Frydenberg, too, complied with all requirements of advertising disclosure. But fighting on his feet against an independent who could oust him in Kooyong, he produced campaign material that may well have exposed a gap in campaign finance regulation.

Endorsements in Australian politics usually involve letters of recommendation written in a businesslike tone and produced as needed in a tough preselection contest. Mr Frydenberg’s material blended his backers’ personal stories with images of their charity work and all the credibility it conferred.

The result was highly persuasive and innovative bit of campaign advertising – one that voters may not see again for some time.