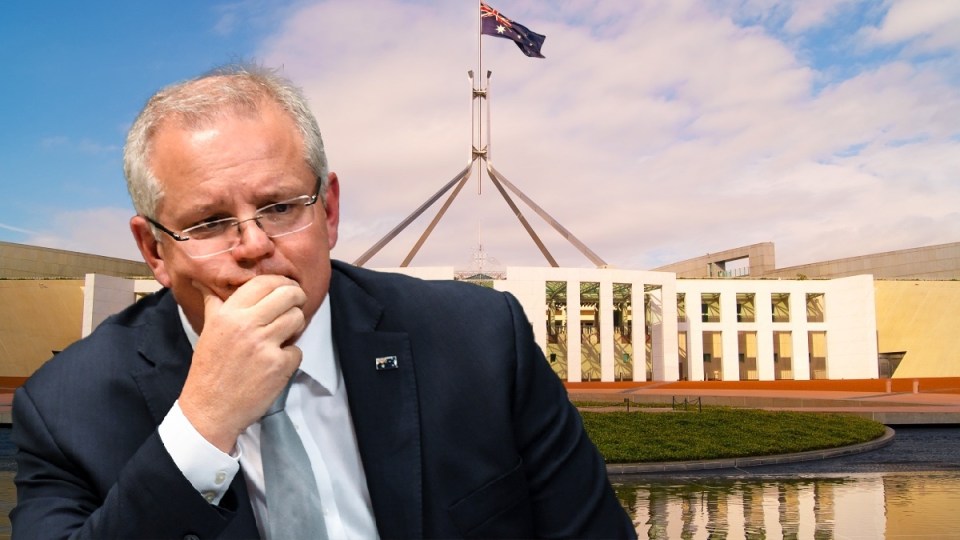 Scott Morrison was caught out with his own recall-deficit on Monday while being quizzed on JobSeeker payments.

The Prime Minister has had more than a touch of the teacher’s pet about him this past week.

Once Labor leader Anthony Albanese was caught wrongfooted when quizzed about economic indicators, Mr Morrison was quite delighted to flaunt his powers of recall.

“He didn’t know the number, but he didn’t miss it by that much,” Mr Morrison said of his campaign opponent’s much-replayed interview, holding his fingers just so.

Then stretching his arms out wide like a man preparing for an embrace Mr Morrison continued, inexorably, to the punch line.

“He missed it by that much,” he said with obvious satisfaction.

On Monday holding forth on income support programs, Mr Morrison appeared comfortable as he cited the cost to the budget bottom line of Commonwealth rental subsidies while also making sure to account for indexation.

But once the PM got to the rate of JobSeeker – for many Australians the most important statistic in national politics – he faltered.

“That continues to be combined with the other payments that we have that people get access to, whether that be in income support through the Job Seeker, which, as you know, we increased from 40 bucks a week to 46 bucks a week since the last election…,” Mr Morrison said.

As many commentators pointed out last week, forgetting a statistic such as the cash rate is forgivable for most but not a Labor leader seeking credibility on economic policy.

Just the same could be said to go for a Liberal leader and what used to be known as the rate of the dole. Displaying knowledge of the basics of social welfare policy has always been a prerequisite for going on A Current Affair to be quite mean to people who rely on it.

So, Mr Morrison missed it, or tripped over himself. And not by “that much” either. Nor was there an interrogator standing before him to take the credit.

The question is what do we read into it.

It has been suggested that we make an error of some kind for every 1000 words spoken, which could suggest Mr Morrison was simply due.

But this seemingly routine slip-up could also be framed as a pivotal moment on the hustings; a trap set for the Prime Minister by his nemesis, the Labor campaign mastermind. Will we still be talking about this on Friday?

We dare not hazard a guess.

Scott Morrison’s JobSeeker campaign slip misses answer by ‘that much’