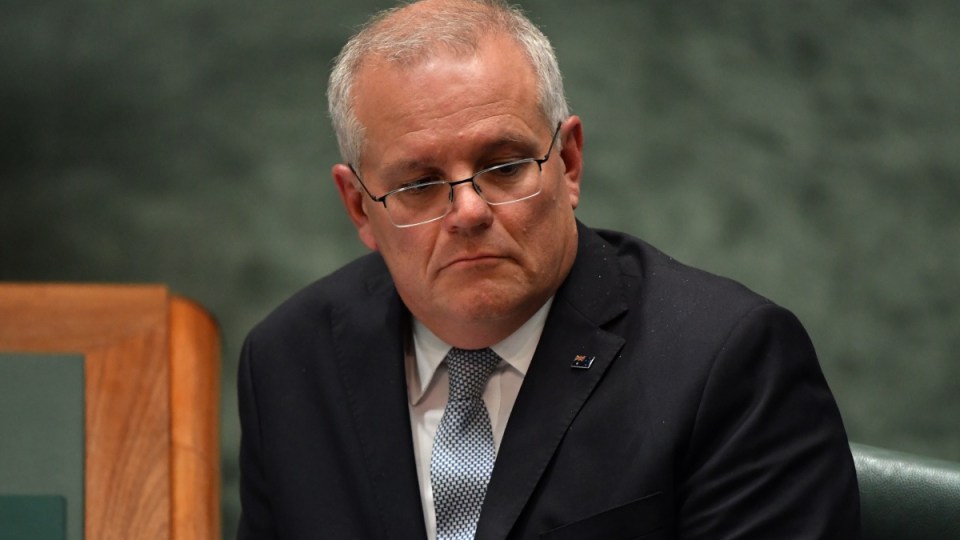 Scott Morrison has struggled to account for his decision to break a promise to create a new federal anti-corruption watchdog.
exclusive

Scott Morrison appears to be fearful of the prospect of a federal integrity commission conducting investigations, the former barrister for NSW’s anti-corruption agency says.

The Prime Minister pledged to voters before the last election to establish a Commonwealth integrity commission during the most recent Parliament, but never did.

Meanwhile Labor has announced it will legislate for a national anti-corruption commission by the end of the year if its wins government.

Mr Albanese said electing a Labor government was the only way to ensure it would happen.

“Mr Morrison has delayed and obfuscated for over three years — and then this week it became clear he has absolutely no intention of honouring his promise to deliver a national anti-corruption commission at all,” he said.

“So the question for Mr Morrison is — why do you fear an anti-corruption commission? What is it you’re afraid they will find?”

Campaigning in Tasmania this week, Mr Morrison said he would not back an agency like the state-based Independent Commission Against Corruption which he said acted as a “kangaroo court”.

“He seems to be scared of what an ICAC might do if it was installed federally,” said Geoffrey Watson SC, the former counsel assisting the commission.

Mr Watson said the government’s draft model for a federal corruption watchdog was a “parody” that was favourable to politicians and would have the effect of stopping investigations.

The Prime Minister this week said the New South Wales ICAC did more than overreach.

“I have seen the lives destroyed by a commission such as that which becomes a kangaroo court and goes around and seems to operate through politics and shaming people,” he said.

Mr Watson said the criticism was an echo of longstanding partisan resentment.

“This is just reflective of a very, very powerful small group in the NSW Liberal Party,” he said.

Mr Morrison this week struggled to explain why he never delivered the commission, first claiming that he had met his promise to voters and then saying a lack of support from Labor had stopped him.

“Since when has a party of power required the opposition to agree to legislation before they propose it?,” Mr Watson said.

“That’s the whole idea of electing a government.”

Mr Watson said the government’s draft model for its commission, which did not allow for public hearings, raised questions about what it had sought to achieve.

“The model put up by [former Attorney-General] Christian Porter was a parody of a proper integrity commission,” Mr Watson said.

“It treated different classes of people differently, and it treated politicians especially favourably.”

He said not allowing retrospective investigations would have had the effect of protecting members of the government from potential investigations.

“You would never find out about the Great Barrier Reef Foundation, Kenstruct, the congestion fund, which was $4 billion of misallocated money,” Mr Watson said.

Despite having conducted damaging inquiries that have ensnared both sides of state politics, the ICAC comes in for regular criticism from members of the state Liberal Party.

ICAC has claimed the scalps of three Liberal premiers, most recently Gladys Berejiklian, but also Nick Greiner, who first established the corruption watchdog.

The example of a politician brought low by his own reform might loom large in the mind of the Prime Minister, himself a former state director of the Liberals.

“[Scott Morrison] would have seen other people with whom he had worked, dragged in and questioned, and that had serious consequences,” Mr Watson said.

“It seemed to me as though they just became incredibly protective of the Liberal Party.

“There’s never a peep that comes out of them if ICAC is investigating Labor Party affairs or Labor Party officials.

“The same people who are complaining now thought it appropriate to set up a royal commission into Pink Batts or the trade unions.

“What they want is a body which will investigate the Labor Party or interests inimical to the Liberal Party and big business; they want a tame body.”

ICAC’s Operation Spicer found the NSW Liberal Party had sought to conceal illegal donations worth hundreds of thousands by use of slush funds and front companies.

Speaking at a Senate estimates hearing in November, former NSW Auditor-General Tony Harris and Centre for Public Integrity chair and former judge Anthony Whealy agreed that the division of grants by a federal government car park fund would constitute “corruption” under state laws.

Only a couple of weeks later, Mr Morrison again attacked the ICAC after former NSW Premier Gladys Berejiklian was forced to resign due to an investigation into the distribution of grants while she was in a relationship with a former fellow Liberal MP.

“The government needs support from Labor or minor parties to pass legislation in the Senate,” a Coalition spokesman said.

“Our integrity commission will have the power to examine serious criminally corrupt conduct and will have the same powers as a Royal Commission to investigate criminal conduct in the public sector.

“It will also have the power to go look at corrupt conduct that has occurred before it is brought into existence.”

The Prime Minister this week refused to commit to introducing the integrity commission to Parliament if he won the election.

“We will come back again and we will seek, through a bipartisan level, to get that going,” he told Channel Nine.