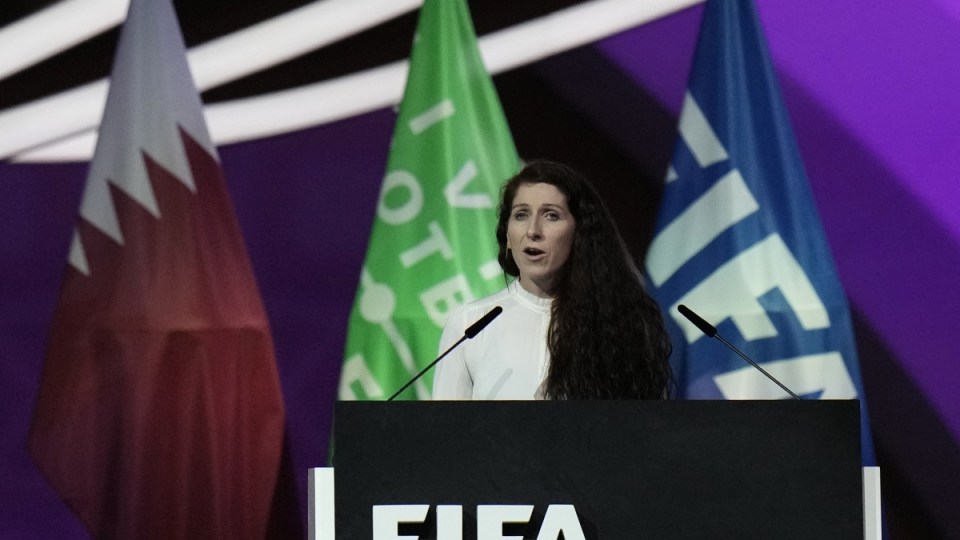 A Norwegian soccer official has delivered a scathing criticism of World Cup host Qatar and FIFA to an audience of executives on the eve of the tournament’s draw.

Qatar’s record of protecting the rights of migrant workers, who have built tens of billion of dollars of projects needed for the World Cup, and its criminalisation of homosexuality was aired by Lise Klaveness, the newly elected head of soccer in Norway and one of the few women ever to lead a FIFA member federation.

It was a rare show of dissent and tension in the typically tightly scripted annual meeting of soccer’s 211 member countries, and targeted issues that have dogged Qatar and FIFA’s controversial choice of the Middle East country for more than a decade.

“In 2010, the World Cup was awarded by FIFA in unacceptable ways with unacceptable consequences,” Ms Klaveness, who is gay, said in a six-minute speech.

“There is no room for employers who do not secure the freedom and safety of World Cup workers. No room for hosts that cannot legally guarantee the safety and respect of LGBTQ+ people coming to this theatre of dreams.”

FIFA had worked this week in Doha to keep the Norwegian’s speech off the main Congress agenda, and then gave the floor to rebuttals from a Latin American soccer official and the head of Qatar’s organising committee.

“This is not the right forum and not the right moment,” Honduras soccer federation general secretary Jose Ernesto Mejia said in translated comments.

Ms Klaveness was chided by Hassan Al-Thawadi, who fronted Qatar’s bid more than 12 years ago and has led the organising committee ever since.

Al-Thawadi said Qatar’s door was always open for people to “educate themselves before passing judgement.”

Qatar and FIFA have consistently said taking the World Cup to the country has accelerated positive changes in the nation’s laws and society.

The war in Ukraine then took centre stage as a three-minute video message was aired from the head of the country’s soccer federation, Andriy Pavelko.

Mr Pavelko wore an armoured vest as he spoke from Kyiv while behind him people packed sandbags several metres high to protect a monument.

He said children in Ukraine were suffering from “terrible psychological injuries” during the war and that maybe soccer would help them in the future.

The Russian delegation watching in the room including Alexey Sorokin, a former FIFA Council member who led the organisation of the 2018 World Cup in his country.

Although FIFA has banned Russian teams, including the men’s national team from World Cup qualifying, the soccer federation has not been suspended.

“We are not hiding,” Mr Sorokin said before the meeting. “We have every right to be here.”

On Friday (3am Saturday, AEDT), the World Cup draw ceremony will be held at the same conference centre.