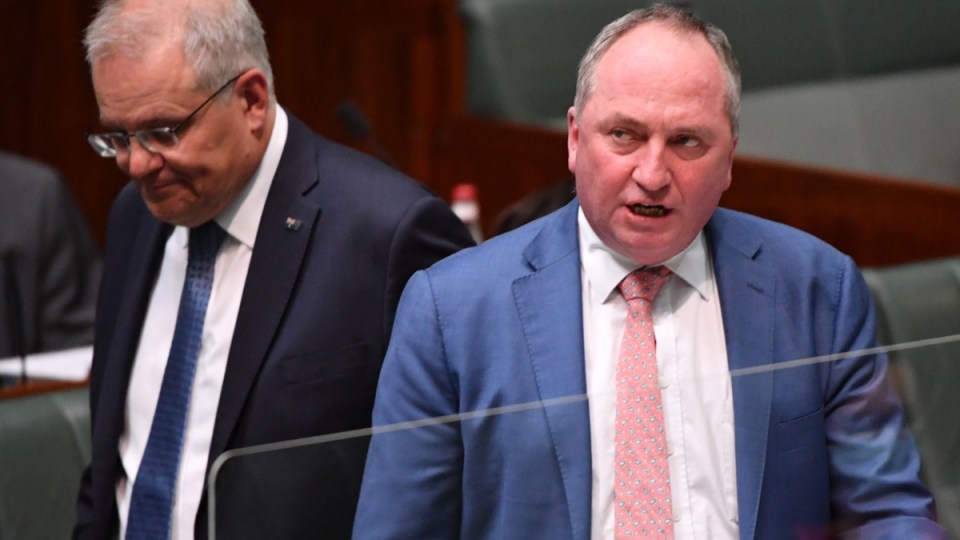 The federal government has committed $5.4 billion to build a dam in North Queensland, but the “interesting” timing of the announcement has been questioned, with the project still awaiting approval.

Prime Minister Scott Morrison said funding for the Hells Gates Dam will be in next week’s federal budget.

It will be subject to completion of a business case for the long-talked-about project, which is expected in June.

“We’ve done the homework on Hells Gates Dam and it’s now time to get on and build it,” he said.

“This dam will help turn the Burdekin region into an agricultural powerhouse, helping our farmers to stock supermarkets and feed Australia while also securing North Queensland’s water supply and security.”

However, Labor’s environment and water spokeswoman, Terri Butler, said Wednesday’s announcement reeked of an election campaign and it was important for voters to remember there was still no business case for the multibillion-dollar proposal.

“They announced this before the 2019 election,” Ms Butler said.

“We remain very open to this dam but, of course, we will want to see a business case and we want to make sure taxpayers are getting value for money, as you would expect a prudent economic manager to do.

“We are open to water infrastructure projects.”

The state is still providing technical assistance to proponent, Townsville Enterprise, for its business case.

“Investment decisions should be informed by completed detailed business cases, the Hells Gates business case is not yet complete – this means it hasn’t even received necessary federal approvals,” he said.

Despite this, Mr Butcher said Commonwealth funding for irrigation projects was always welcome.

Federal independent MP Bob Katter, who represents the seat of Kennedy in the state’s north, also rejected the announcement. He said the proposed dam height was too low to facilitate the Bradfield inland irrigation scheme.

That project was dreamt up in the 1930s by engineer Dr John Bradfield, the man behind Sydney’s Harbour Bridge.

The concept included forging a new river to divert northern floodwaters to the drought-prone south-west, and a tunnel and aqueduct through the Flinders Range.

Mr Katter proposed that scheme when he was a Queensland state MP in 1981 and has pushed for it for the past 41 years.

“The Prime Minister thinks he’s pushing a proposal that develops north Queensland when actually it destroys the future and potential of the region,” he said.

The Hells Gates project has been on the drawing board for nearly 80s years. If built, it is projected to create more than 7000 jobs and inject up to $1.3 billion into North Queensland’s economy during construction.

New agricultural opportunities are expected to support more than 3000 regional jobs and generate up to $6 billion in economic value.

Deputy Prime Minister and Minister for Infrastructure, Transport and Regional Development Barnaby Joyce said irrigating the soils of the Burdekin would help the region realise its full potential as a food producer for Australia and the world.

“We have put the money to build Hells Gates in the bank and we are ready to get on with the job,” he said.