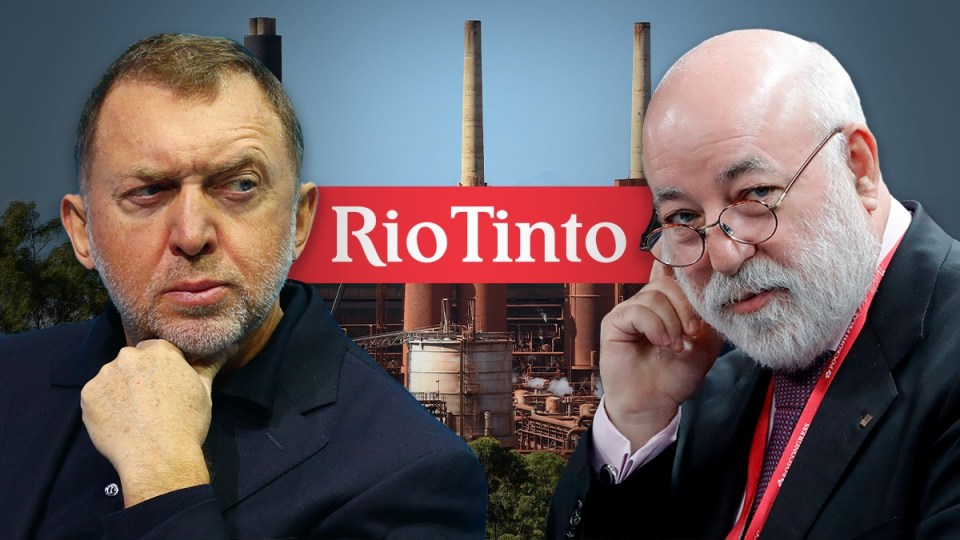 Russian mineral magnates Oleg Deripaska and Viktor Vekselberg have been included in the latest round of sanctions against Australia. Photo: TND

UPDATE: Oleg Deripaska and Viktor Vekselberg have now been named in a new sanctions instrument updated Friday morning alongside nine Russian banks and a sovereign wealth fund and the entire Russian finance ministry.

The government’s previous failure to impose sanctions on two Russian oligarchs slowed down negotiations to have them surrender their stakes in a highly lucrative Queensland refinery.

Russian mineral magnates Deripaska and Vekselberg were hit with sanctions by Britain and America, but had been conspicuously absent from Australia’s regime, despite Prime Minister Scott Morrison pledging to keep in “lockstep” with allies.

The Putin allies have significant stakes in Rusal International, which owns 20 per cent of the Queensland Alumina Limited refinery near Gladstone in a joint deal with Rio Tinto.

The facility is one of the world’s largest and hugely profitable amid a global shortage of aluminium and near-record prices.

Two sources with knowledge of Rusal’s deal with Rio confirmed that the company’s part-ownership of the refinery can be overridden automatically if the Australian government imposed sanctions.

Since similar sanctions were imposed by America in 2018, Rio inserted a “step in” clause into its deal with Rusal, which would have forced it out of ownership of the Queensland refinery, or at least its management.

A representative for Rio Tinto declined to comment Thursday when contacted for comment by The New Daily.

“The agreement was based on Rusal or Deripaksa being sanctioned in Australia,” said Dan Gocher from the Australasian Centre for Corporate Responsibility.

“I don’t think [the Department of Foreign Affairs and Trade] has provided a good enough explanation for why they haven’t been sanctioned.

“We hope there haven’t been any companies lobbying about sanctions.

“Absent sanctions, there are no legal imperatives for [Rio Tinto] to [cut ties].”

Under the Queensland deal, Rusal, which is the world’s second-largest producer of aluminium and accounts for 6 per cent of global supplies, is entitled to 20 per cent of the facility’s three-million-tonne annual output.

Rio Tinto has said it would sever ties with all Russian commercial interests, and is understood to be amid protracted negotiations with Rusal about how the Russians can be bought out or sidelined from the refinery.

But without compulsion from the government, there is a possibility that the company would have to be bought out on generous terms.

The government’s failure to sanction the two Russian oligarchs comes after Reuters reported that a global shortage of the strategically vital metal was causing hesitancy among lawmakers to punish businesses with links to aluminium.

“We are mindful of what the impact may well be; the economic impact in Gladstone,” she said.

The Department of Foreign Affairs did not respond to questions from TND about whether gaps in Australia’s sanctions regime had furthered Russian business interests.

Ms Andrews and Mr Morrison have both stressed that decisions on the scope of Australia’s sanctions regime are ongoing.

Meanwhile, Mr Gocher is calling on Rio Tinto to proactively disclose what steps it is taking to distance itself from its business with Rusal.

“I don’t think they need to wait for sanctions,” he said.

“They should be acting.”

After critical media reports about the oligarchs not being subject to sanctions, Nine newspapers published a report quoting government sources that loopholes would be closed.