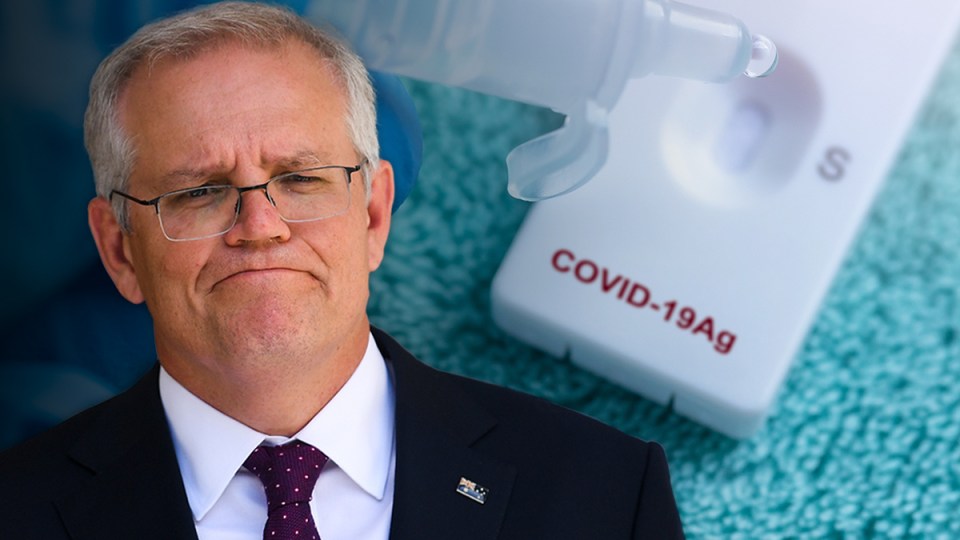 Scott Morrison's diagnosis has sent members of his cabinet and recent contacts in search of tests. Photo: TND

Scott Morrison will spend the week as a Zoom Prime Minister, as his close contacts in cabinet and beyond get tested for COVID-19 after he contracted the virus.

Mr Morrison announced on Tuesday evening that he had tested positive for COVID-19.

His recent contacts have been notified.

“That’s already under way,” said a staff member at St Andrew’s Ukrainian Church in Sydney’s Lidcombe, when asked if members of the congregation were being notified of potential exposure.

Mr Morrison visited the church on Sunday; he pressed the flesh with church attendees during a visit alongside MPs Dr Fiona Martin and Immigration Minister Alex Hawke.

A third MP in attendance, the Special Minister of State Ben Morton, confirmed on Wednesday that he had tested positive for the virus.

“I am not experiencing any significant symptoms, only a mild headache,” he said.

Dr Martin told The New Daily she is not unwell.

Mr Morrison developed a fever on Tuesday afternoon, leading him to take a PCR test that was returned positive a few hours later.

He returned conflicting rapid tests on Tuesday and took another test when he began feeling feverish after flying to Sydney on a government jet.

Around that time, Nauru President Lionel Aingimea was photographed shaking hands with the Prime Minister, who was by then looking worse for wear.

A spokesman for Mr Aingimea has been contacted.

Not long after the meeting with Nauru’s leader, ill health forced the Prime Minister to cancel a scheduled appearance that evening with NSW Premier Dominic Perrottet at the Sydney Opera House at 8pm, in a planned show of support for Ukraine.

The positive result was returned only after the PM had sat alongside senior frontbenchers in meetings of cabinet’s national security committee.

Afterwards, he appeared alongside Defence Minister Peter Dutton on Tuesday, when he was already showing signs of a cough while announcing a plan to send $70 million in aid to Ukraine, including for weapons.

But Mr Dutton had not tested positive for COVID as of Wednesday.

He was also playing down the severity of the Prime Minister’s symptoms, saying he had only a “mild dose” of the virus.

Treasurer Josh Frydenberg, who also sits on the committee and previously had COVID in January, took a rapid antigen test on Wednesday and received a negative result, a spokesman in his office said.

On Monday Mr Morrison and his wife, Jenny, visited Brisbane to be briefed on the flood emergency.

Mr Morrison will remotely chair meetings of cabinet’s national security and expenditure review committees this week, at a crucial time while war continues in Ukraine and with the federal budget scheduled for later this month.

He has had to postpone a planned speech at the Lowy Institute, a Sydney-based foreign affairs think tank.

“Can I just thank everybody for their very kind wishes,” Mr Morrison said in a video posted to Facebook.

“Also for your kind words in relation to Jen and the girls. They’re all negative, but obviously close contacts, and will be isolating here in Sydney.”

Mr Morrison and his family will be isolating at Kirribilli House.