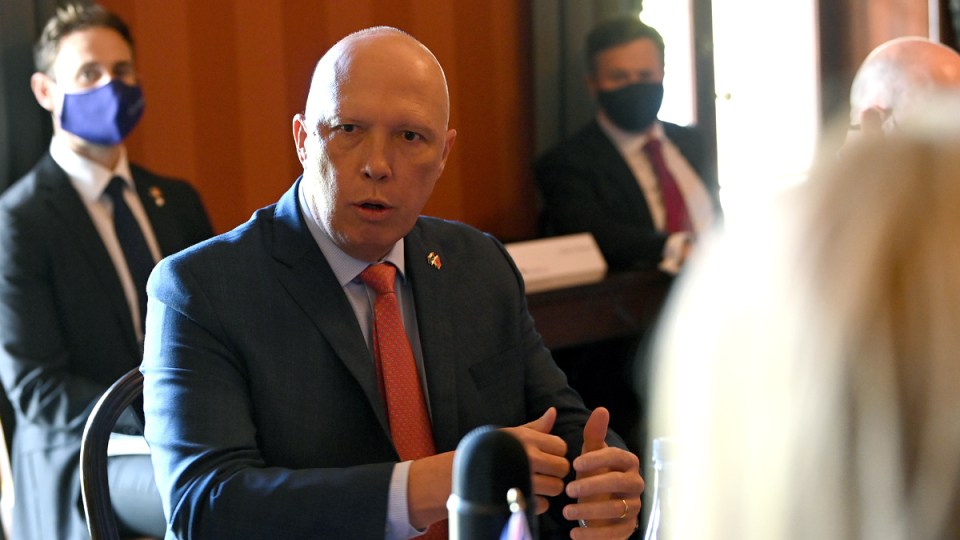 Peter Dutton says the fund is designed to help members of the local community in the face of devastating floods.

As severe flooding and its aftermath continues to devastate Queensland and northern NSW, Defence Minister Peter Dutton has happened on a novel way to help.

But it was another initiative entirely that drew criticism of Mr Dutton.

Mr Dutton, who represents the seat of Dickson in north Brisbane, set up a GoFundMe fundraising page on Sunday afternoon as Queensland faced its worst inundation in 10 years.

The symbolism of such a pivotal government minister turning to private citizens for help did not go unnoticed.

In an unfortunately worded confirmation screen, backers of the “Pine Rivers Community Flood Relief” cause were told that their donation would “benefit Peter Dutton”.

“Every dollar donated will go directly to helping them,” Mr Dutton clarified.

“The water hasn’t gone down yet, and we haven’t seen the full extent of the damage to our community.”

The response to the fundraising drive was often distinctly uncharitable.

Others suggested that the government should dig into its $16 billion war chest (declared under “decisions taken but not yet announced”) kept in reserve from December for the forthcoming federal election.

(It also announced well over $1 billion in spending in last year’s federal budget aimed at better preparing Australians to respond to natural disasters.)

Mr Dutton’s sights were set a little lower, however, and he seems on track to meet his $25,000 goal.

But that is only after kicking in 10 per cent of the total fundraising target himself and receiving a generous $15,000 from a donor listed as Robert Whyte.

Not all contributors have not been so kind.

A certain “Peter Potato Head” gave $5 to the flood recovery efforts, an amount matched by another philanthropist going by “Callthe Election”.

“Sounds to me like someone doing their job,” he said.

“I don’t understand the criticism of it; frankly, I really don’t.”