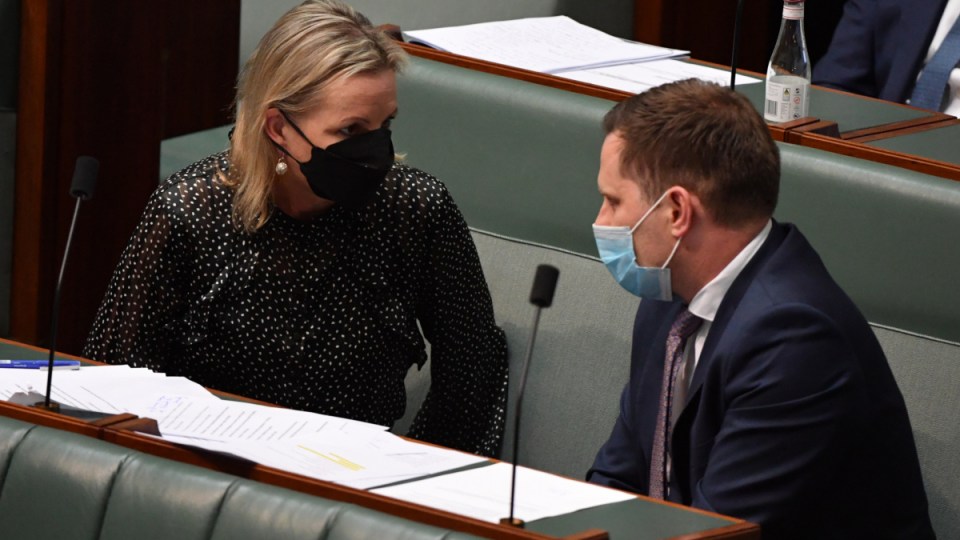 A federal Liberal step-in in NSW would allow MPs, including Sussan Ley and Alex Hawke, to be endorsed. Photo: AAP

The Liberal Party is in turmoil in NSW after the state division asked for minor intervention from the federal executive but was instead offered an ultimatum.

The NSW division’s state executive this week voted in favour of seeking federal executive permission to allow it to continue to operate until an annual meeting can be held at the end of March.

It has not been able to organise a state council meeting to select new office holders because of the COVID-19 pandemic.

The state executive requires the nod from federal counterparts to do this.

“The state executive of the NSW division has voted in favour of the proposed course of action to ensure continuity until the AGM,” a spokesman said.

It is understood that instead of responding directly to the request from the NSW division for an extension of time for existing office holders, the federal executive – including Prime Minister Scott Morrison – laid out an alternative plan involving a deeper intervention.

Under a broader intervention, a committee including federal representatives would choose candidates for the upcoming election.

The move would allow several key federal MPs, including ministers Sussan Ley, Alex Hawke and backbencher Trent Zimmerman, to be endorsed for the upcoming federal election.

Mr Morrison has previously voiced concern the three MPs have not yet been endorsed, with an election due in May.

Earlier this month he accused some in the NSW division of playing “childish games” as he threatened intervention.

The broader federal intervention is being considered by the NSW executive and could trigger a legal battle.

In recent years there has been a strong push within the NSW Liberals to allow greater grass-roots involvement in the selection of candidates.