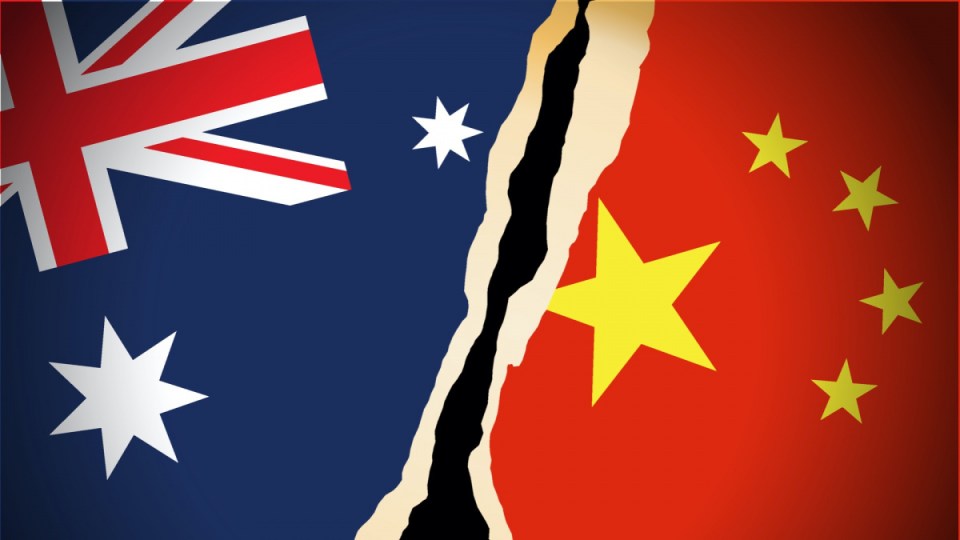 Members of the Morrison government’s willingness to politicise Chinese relations are “lunacy”, an expert has warned, as the attacks reach new heights.

On Monday, the Coalition attempted to continue criticising Labor for its alleged closeness to China in an attempt to expose flaws in the Opposition’s national security credentials.

Liberal Senator James Paterson, chair of the joint committee on intelligence and security, sought to take aim at Labor’s deputy leader Richard Marles on the issue.

Senator Paterson referenced a trip Mr Marles had taken in September 2019 as proof of a commonly restated theme: That Labor was too close to the Chinese government and the Chinese Communist Party (CCP).

“During that trip he delivered a speech to the Foreign Studies University in Beijing in which he criticised the Australian government and called for closer military ties with China,” he wrote on Twitter on Monday.

“Is it still Labor policy to forge closer relations with the People’s Liberation Army?”

Mr Marles met China’s vice minister of the international department of the Communist Party of China’s central committee, according to accounts of the trip posted by the Senator.

Mr Marles made the remarks while on a tour led by the highly respected China Matters think tank, which often takes Australian officials on study tours to Beijing.

Those tours are led by one of the country’s foremost China experts, Linda Jakobson.

Members of both major parties have taken them, and Senator Paterson was scheduled to be booked on the next tour after Mr Marles.

(The Senator, however, was eventually denied a visa due to remarks he had made critical of the Chinese state.)

James Laurenceson, the director of the University of Technology Sydney’s non-partisan Australia-China Relations Institute, says the Senator is guilty of overreach.

“Who would have guessed that we had met with party officials?” he told The New Daily.

“The government is exposing themselves to accusations of stupidity. We have been meeting [senior communist party] officials for 50 years, since diplomatic relations began.”

Indeed, one doesn’t have to go far back into history to find an analogous meeting on the other side of politics.

It was only in 2016 that the now-Minister for Employment and close Prime Ministerial confidant, Stuart Robert, had to resign for meeting senior Chinese communist party official Wang Min.

Mr Wang was then China’s vice minister for land and resources but also a member of the Party’s Central Commission for Discipline Inspection, the main mechanism for enforcing political discipline in the Chinese state.

“I am not concerned by the fact that Richard Marles went to China, or even who he met with while he was there, but what he said and didn’t say,” Senator Paterson said.

“It is of concern that he proposed closer military ties between the People’s Liberation Army and the Australian Defence Force.”

But Professor Laurenceson said: “Citing this as a devious visit that involved questionable interactions is the height of lunacy.

“If Australian politicians can’t travel to China on a program they organise, we are truly in ‘reds under beds’ territory.”

But the remarks reflect an increasing willingness by senior members of the government, including Defence Minister Peter Dutton, to play on such fears.

Mr Dutton was on Monday forced to swear before Parliament that he would not repeat remarks made in Parliament about Labor and China.

Meanwhile, in pointed remarks made to Sky News Prime Minister Scott Morrison said he would not have a “bet each way on national security” after a week in which members of his government strongly implied that a willingness to negotiate with China was a political detraction and something of which to be ashamed.

Last week remarks made by ASIO director-general Mike Burgess about foreign powers seeking to exert influence on Australian politics were seized upon in reports implicating China and Labor. But Mr Burgess also stressed that attempts to influence politics were frequent and that success was rare.

For his part, Mr Marles rejects the idea that members of the major parties’ actions reflect a difference of opinion on the question of Australian-Sino relations.

“This is a desperate and pathetic attempt to distract from the train wreck that is the Morrison government,” he told The New Daily.

Mr Morrison’s words cast doubt on the extent to which he believes anti-China campaigns.

It was only in late 2019, and just after Mr Marles’ trip, that the Prime Minister made the case for a new way of thinking on China in a speech before the country’s top foreign policy think tank, the Lowy Institute.

“It is the major buyer of resources globally. It is having a profound impact on the regional balance of power.

“China has in many ways changed the world, so we would expect the terms of its engagement to change too.

“That’s why when we look at negotiating rules of the future of the global economy, for example, we would expect China’s obligations to reflect its greater power status.”

In the current political environment the Prime Minister’s remarks could be taken for a soft line on China.

But he and members of his government have changed their tune.

That much is evident in the lack of high-level contact between Australia and China since 2019 while the country’s other strategic rivals, such as America, have kept dialogue going with Beijing.

But rhetorical changes have not yet led to drastic shifts such as on the issue of Chinese ownership of Australian infrastructure.

All of which makes it unclear whether Mr Morrison changed his philosophical view on China and its role in the world, or if political concerns are now shaping rhetoric towards our biggest trading partner.