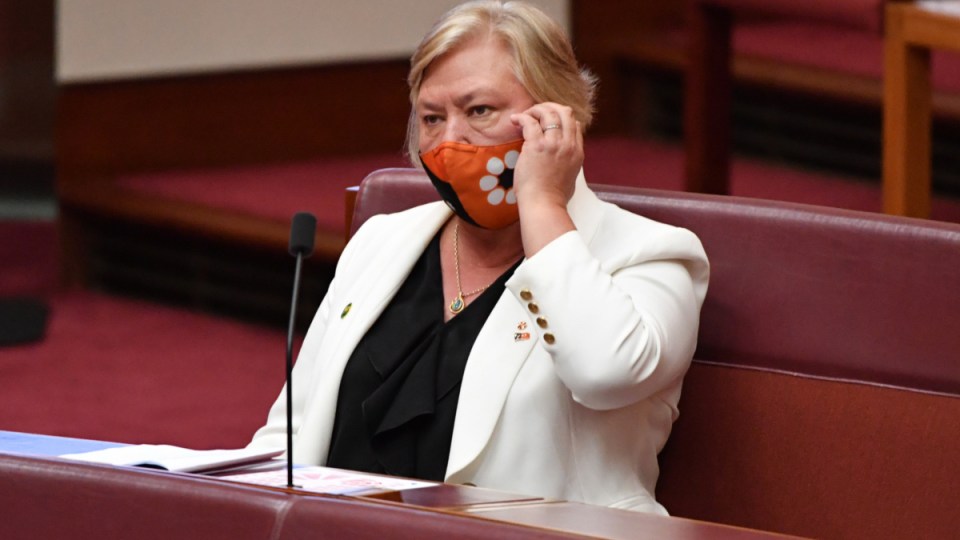 Senator McMahon's resignation leaves the government with no parliamentary representation in the NT. Photo: AAP

The Morrison government faces a trickier path for its laws through parliament with a Northern Territory senator quitting the Nationals party room to sit on the cross bench.

Dr Sam McMahon said in a statement on Monday she had resigned from the NT Country Liberal Party effective from Friday, ending a 30-year association with the party.

“This has not been an easy decision and I have wrestled with it in recent times,” she said, confirming media reports of her decision over the weekend.

Dr McMahon was dumped in June last year as the CLP’s candidate for the next Senate election, in favour of former Alice Springs deputy mayor Jacinta Price.

“There are a number of unresolved issues beyond the preselection,” she said.

“These issues include formal complaints lodged with (the CLP’s) management committee that have not garnered a response let alone an acknowledgement.”

She said she would pursue her private senator’s bill to ensure NT rights when parliament resumed on February 8.

Senator McMahon did not shed any light on whether she would stand at the election as an independent or seek to join another party.

“My intentions regarding the next election will become clearer as the date draws closer,” she said.

“Speculation regarding the next parliamentary sittings in a week’s time will also become clearer.

“I currently don’t have any plans for my future, political or otherwise.”

Senator McMahon has previously crossed the floor to vote in favour of a One Nation anti-vaccination mandate bill.

Two other coalition senators, Alex Antic and Gerard Rennick, have also flagged withholding their votes for government bills until the government brought in laws to override state vaccination mandates.

Senator McMahon’s move leaves the government without any parliamentary representation in the NT.