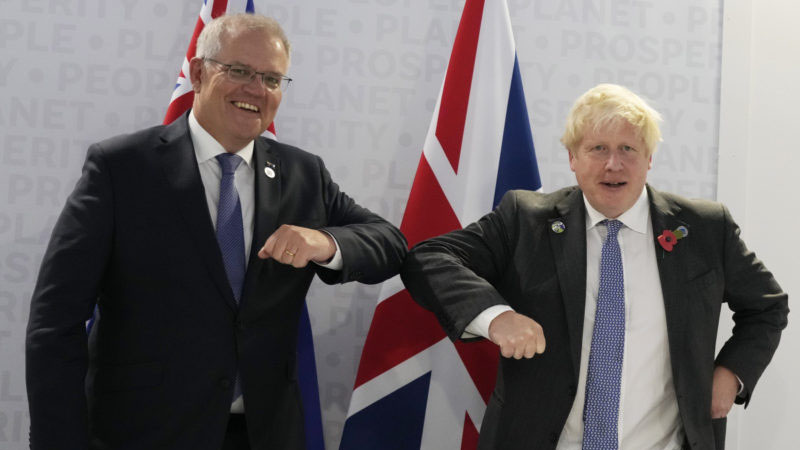 If COP26 is a failure, Australia will have played a major part in it, writes Richie Merzian. Photo: AAP
opinion

I’m in Glasgow and the city is buzzing.

World leaders are starting to file in with cavalcades of police around them.

Curiously, there is a mish-mash of colours and markings on the police cars, as they have come in from all corners of the United Kingdom.

This conference is a big deal not just for the old industrial town hosting it, which is gentrifying into a modern green city, but for the entire country, finding its feet on the world stage after Brexit.

The UK has put all it can into COP26, which they deem the ‘last best chance’ for global climate action.

Even though Conferences of the Parties (COPs) to the UN Climate Convention happen annually, this one is more important because of the homework that has been assigned.

Under the Paris Agreement, which was agreed upon at COP21 in 2015, countries had to put forward their climate commitments through what are known as “nationally determined contributions” (NDCs).

At Paris, the Australian government pledged a reduction in emissions of 26 to 28 per cent from 2005 levels by 2030.

It’s like Australia copied the US but gave itself five more years to achieve it.

Countries also agreed at the Paris COP that every five years they would review and update their NDCs.

And it’s this five-year review and update that makes Glasgow COP26 so important.

It’s why more than 125 world leaders (out of 196 countries) are expected to attend, including President Joe Biden, Prime Minister Narendra Modi and, of course, Prime Minister Scott Morrison.

Several countries have upped their efforts.

The US updated its NDC to commit to at least halving its emissions by 2030 (pretty much doubling its target).

But unfortunately this time around Australia hasn’t copied the US. Instead, it brushed off the same dated target and resubmitted it again as its NDC.

Like resubmitting old homework, it just doesn’t cut it. Especially when everyone needs to up their efforts.

The UN Environment Program has assessed all the new national pledges from the UK, EU and US among others in its 2021 Emissions Gap Report.

It stated that if all NDCs are implemented effectively, global warming will reach 2.7 degrees by the end of the century – far above even the higher 1.5 to 2 degree goal set in the Paris Agreement.

We are collectively failing to keep global warming within the guardrails set only six years ago.

That’s why I’m here at my ninth COP, along with thousands of other ‘observers’, because it gives the public a focal point to pressure governments to live up to their obligations under the Paris Agreement.

Australia had six years to do its homework

Observers help keep governments accountable and remind them to do their homework.

According to the Australia Institute’s Climate of the Nation 2021, seven out of 10 Australians want Australia to set targets and a pathway that aligns with the Paris Agreement goals. But that is not happening.

The Australian government has had six years to improve its NDC.

In the 2017 Review of Climate Policies, the current Australian government committed to start developing a long-term emissions reduction strategy to be completed by 2020.

Yet days before COP26, and two days before jetting off to Europe, Prime Minister Morrison and Energy Minister Angus Taylor were giving a last-minute PowerPoint presentation.

It was obvious to anyone who had slapped together a last-minute slide deck that they hadn’t taken it seriously. Especially since the Prime Minister refused to release the analysis or be held accountable to the plan by Parliament.

Apparently, the Morrison government’s plan is ‘uniquely Australian’. The Prime Minister dubbed it the ‘Australian way’, and unfortunately this might be true.

Australia has a reputation of bludging its way through the climate negotiations.

At the last COP, in Madrid in 2019, the Morrison government was trying to get away with ‘cheating’ to avoid reducing any emissions.

It was trying to use leftover carbon credits from the last climate agreement to avoid doing anything under the Paris Agreement.

The attempt to carry over expired carbon credits is like trying to use Ansett frequent flyer points to book a Qantas flight and Australia was the only country trying to do it.

It wasn’t just one or two credits, either. It was over 430 million, almost the same size as Australia’s annual carbon footprint.

The ‘Australian way’ is a hard sell at climate negotiations. But the Prime Minister is determined to sell it anyway and he will most likely get away with it.

Leaders are diplomatic and it’s unlikely he will be directly called out. But the UK is become increasingly frustrated at its ‘forever friend’.

Last week the the UK government’s climate change adviser, Lord Deben, told the BBC that Mr Morrison was unlike the leaders of Japan and the Republic of Korea, who had significantly increased their NDCs and set net-zero plans.

“Not all leaders are like that,” Lord Deben said.

“I’m afraid that if you look at Scott Morrison from Australia, we’ve squeezed out of him a commitment to net zero in 2050 but there’s no indication at the moment that he’s got a proper program for that.”

Although the Prime Minister will claim Australia is ‘meeting and beating’ its emissions targets, many here in Glasgow will see it as ‘meeting by cheating’.

Because at the end of the day, the Australian government just hasn’t done its homework.

And if COP26 fails, the Morrison government will have to share some of the blame.