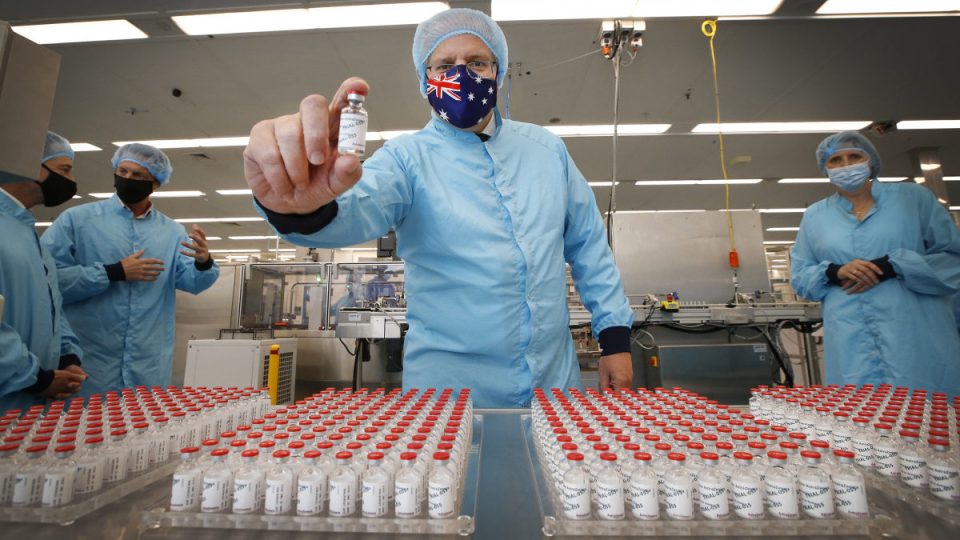 The federal government’s plans for local mRNA vaccine production may finally be kicking into gear, with a decision expected this week on which drugmaker the Commonwealth will partner with.

But it comes 12 months after the government said it would take up to 12 months to get such manufacturing up and running, prompting Labor to criticise the Coalition for having not even decided what path they will take on the crucial production capability.

“What we have, once again, from the government is too little, too late,” Labor leader Anthony Albanese said.

The federal government committed to local production of mRNA vaccines – the technology underpinning the Pfizer and Moderna COVID jabs – since early in the pandemic.

With COVID booster shots likely to be needed into the future, having local mRNA capacity is seen as an advantage.

In October 2020, then-Industry Minister Karen Andrews said she expected it would take about nine to 12 months for Australia to set up production.

But it wasn’t until May that Ms Andrews’ successor, Christian Porter, invited pharmaceutical companies to propose “a partnership approach with the government” to build mRNA facilities.

Australia does not have local capability to produce mRNA vaccines at scale.

Since then, the industry portfolio has been handed from Mr Porter to Angus Taylor.

Now, three ministers later and 12 months since Ms Andrews said it would be a year until Australia had the technology, the federal government seems set to move.

“I will say that we are in advanced stages of determining the short list. I am expecting an announcement on the short list this week,” Health Minister Greg Hunt said on Sunday.

He said he “won’t speculate on particular companies” but Moderna, CSL and others had lodged interest when the government invited pharmaceutical companies to propose a partnership.

The New Daily contacted Mr Taylor’s office for comment but did not receive a response before publication.

“We shouldn’t be celebrating a short list. We should be seeing locally manufactured mRNA vaccines, because that’s what they promised 12 months ago,” Mr Husic told TND.

“They always try to ace the announcement but end up being delivery dunces.”

Absent progress from the Commonwealth, state governments in Victoria and New South Wales pledged their own funds to set up production and trials.

In official documents, the Department of Industry told applicants that the government was looking for proposals that could be “fully operational” within “a time frame of between 12 months” from the finalisation of any agreement.

In June, Mr Porter said he believed it would take “12 to 18 months” to set up the capability.

But in a Senate estimates hearing that month, Department of Industry officials said it could be “three to four years” before mRNA production began in Australia, if they decided to build new ‘greenfield’ facilities rather than retrofit existing ones.

Titled ‘Spread Freedom’, it shows people gathering in groups, milling at airports and meeting for parties.

More than 86 per cent of Australia’s population aged over 16 has had at least one dose of vaccine, while 73 per cent have had two doses.

“The next phase [is] to assist those last people who haven’t yet had their first dose to come forward, and with a particular focus on Indigenous Australians, where we’ve had excellent progress in the last two weeks,” Mr Hunt said.

National vaccine co-ordinator Lieutenant-General John Frewen said the campaign was focused “at that last 10 to 15 per cent of the nation who are yet to come forward and get vaccinated”.

“If you haven’t come forward to get vaccinated yet, please do. We’ve now got enough vaccines distributed around the country to fully vaccinate, double dose, all Australians who want to get vaccinated,” he said.

“If you want to be fully protected before Christmas, then you need to start coming forward now.”

General Frewen said First Nations vaccination rates were now at more than 60 per cent for single dose, and almost 50 per cent for double dose.