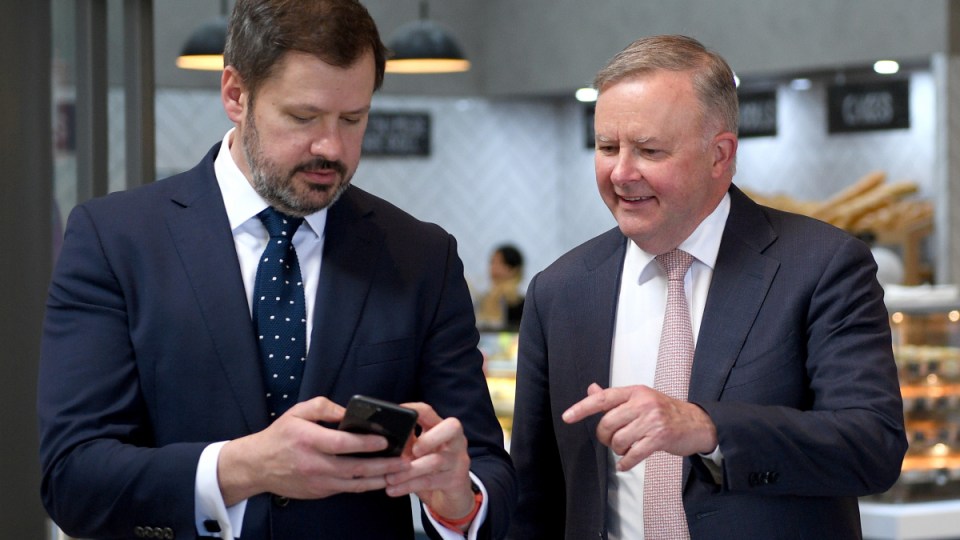 Anthony Albanese and Ed Husic are looking to back 'the industries of tomorrow'. Photo: AAP

The Labor leader has pledged support to “build the Australian industries of tomorrow”, in the first taste of his anticipated reply to Josh Frydenberg’s federal budget.

“Australia is home to many incredible startups, but we’re languishing with one of the lowest startup formation rates in the world,” Mr Albanese and Labor’s shadow minister for innovation, Ed Husic, said in a statement.

“We must be more ambitious and commit ourselves to bringing more great Australian ideas to the global market.”

The plan, which Labor calls “startup year”, will offer places for 2000 students to be mentored by, and have their ideas developed through universities or private incubator and accelerator hubs.

Mr Albanese said a Labor government would give access to the program through the Higher Education Loan Program (HELP), which uni students already use to fund their studies.

Participants in the startup program would be able to cover costs associated with the accelerator program to the tune of $11,300 per year.

Details of the announcement were shared with media before Mr Albanese’s budget reply.

Labor envisages young people would tack an extra year on to the end of their university studies, after finishing a degree and before heading out into the workforce full-time.

“The goal of Startup Year is to increase the number and scale of new high-growth firms that are creating economic growth, innovation and good-quality jobs for the future,” Mr Husic said.

The government outlined a digital transformation policy in Tuesday’s budget, which included $6 million for a ‘patent box’ to reduce taxes on innovations and research, in hopes of encouraging businesses to take risks.

Labor claims its policy is geared at supporting those who want to become entrepreneurs rather than those who have already come up with ideas.

“After eight long years of failing to invest in innovation under the Morrison government, Australia is already lagging the rest of the world when it comes to accelerating future industries,” Mr Husic claimed.

“We need to inspire and empower an ever-greater diversity of communities and individuals to build great Australian companies that become world leading in emerging global markets.”

“It is Australian startups in areas like manufacturing, medicine, IT and clean energy that will build the Australian industries of tomorrow whilst also solving some of our toughest domestic and global challenges,” he said.

The Labor leader will deliver his speech at 7.30pm on Thursday in Parliament.