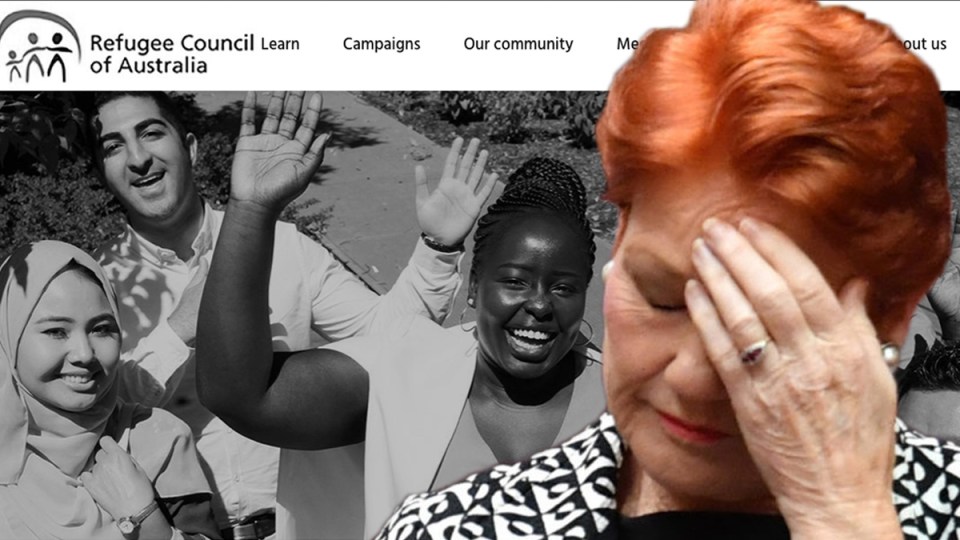 Senator Hanson was not using the domain when it was redirected. Photo: Getty/TND

The former website of One Nation Senator Pauline Hanson has been redirected to Australia’s peak refugee advocacy group, after a man pounced on the domain name when its registration lapsed.

Justin Ice, who bought Pauline Hanson’s self-titled website, said he redirected the site as an “act of social good”.

The registration of the domain previously used by Senator Hanson in her rollercoaster political career now redirects users to the web page for Refugee Council of Australia.

A complaint has since been made over Mr Ice’s eligibility to manoeuvre the site, and he has defended the move to auDA, which regulates Australian domain names.

Internet archives from Wayback Machine show the domain name – paulinehanson.com.au – was most recently used in 2017 by a US real estate agent with the same name as the Queenslander.

Mr Ice pounced on the domain on Thursday night after earlier seeing it was soon due to expire and would be up for grabs.

The domain mostly used by the One Nation leader is senatorhanson.com.au. But Mr Ice said he wanted to prevent her earlier website from returning to the Senator’s hands.

He registered it to the Refugee Council on its behalf, despite having no associations with the group.

“I registered on their behalf as an act of social good,” he said.

“It’s a small way of helping focus attention on an important cause and if [Senator] Hanson can forget to register a domain name, I hope one day she will also forget her prejudices and embrace tolerance.

“I also hope it helps bring a laugh to all the people [Senator] Hanson has disparaged and discriminated against.”

Refugee Council of Australia chief Paul Power said the group had no involvement or prior knowledge of the change to the website.

“However, we welcome the off-chance that Senator Hanson has changed her mind on refugee policy.”

Wayback Machine’s first archived version of the website is from 2004, when Senator Hanson was making another run at politics after being released from prison in 2003 over electoral fraud.

The charges were overturned on appeal.

Other versions of the website through the years show media releases of Senator Hanson criticising then federal opposition leader Mark Latham, who is now One Nation’s NSW leader.

While Mr Ice said his purchase was motivated by “social good”, the reaction to what many assumed to be a prank took the internet by storm.

The Australian Greens tweeted: “Good morning to everyone especially whoever bought Pauline Hanson’s domain name and redirected it”.

Some Twitter users deemed Mr Ice a “legend”, while another called for his actions to be formally recognised by award of Australian of the Year.

Many pointed out the irony of the repurposed domain, considering Senator Hanson’s vocal and controversial views on immigration.

In 2020, Senator Hanson was dumped as a regular commentator from Nine’s Today program after blaming the lockdown of Melbourne public housing blocks on people who “can’t speak English”.

McLachlan’s trial delayed by application
Returned traveller has first Australian case of rare disease
Downpours to leave Qld towns isolated ‘indefinitely’
Millions around the world could starve as Russia accused of weaponising food
Fever cases hit 2m in COVID-hit N.Korea
Suspect in US race-hate shooting appears in court
More vaccines could be made in Australia – but not for months
Today's Stories