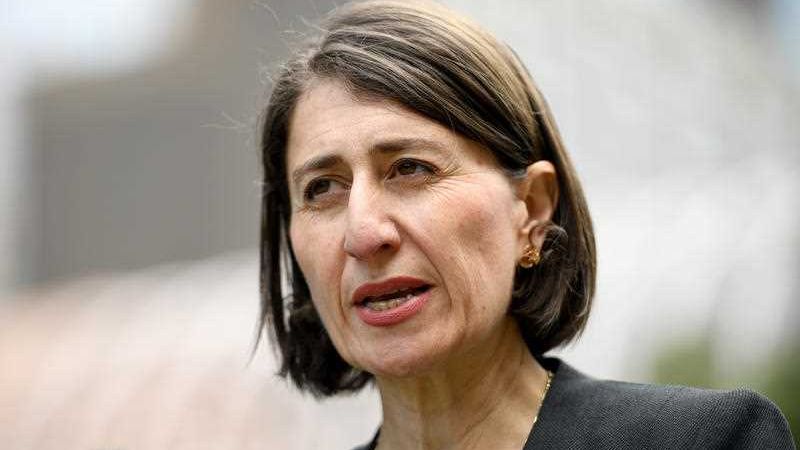 More than $141 million dollars' worth of projects were approved by the Premier's office. Photo: ABC/AAP/Dan Himbrechts

Copies of shredded and deleted documents at the centre of pork barrelling accusations against NSW Premier Gladys Berejiklian have been recovered through a forensic data search.

The documents outline the approval of hundreds of millions of dollars in local government grants under the Stronger Communities Fund which were made in the lead-up to the 2019 state election.

Nearly all the grants were awarded to local councils in Coalition-held seats.

Ms Berejiklian’s office carried out the data search under the orders of the parliamentary inquiry examining the grants program.

Greens MP David Shoebridge, who is leading a parliamentary inquiry into the grants scheme, said the newly-recovered documents prove the Premier directly approved the expenditure of millions of dollars.

“We’ve had the Premier all year ducking and weaving, trying to deny her role in approving these projects,” Mr Shoebridge said.

“From her office some $141 million dollars’ worth of projects were approved – all to savour the political advantage of the government of the day, all in response to requests from her government MPs.

“It’s about time the Premier was straight up and down with the people of NSW about this.”

Ms Berejiklian today denied any wrongdoing in relation to the grants program but said governments of all colours engage in election spending in order to “curry favour” with the electorate.

“I think all governments and all oppositions make commitments to the community in order to curry favour,” she said.

“That’s part of the political process whether we like it or not.

“But in relation to this program, [the money] went to important projects across this state, yes, more of them went to Coalition seats but guess what? There are more Coalition seats than any other.”

Ms Berejiklian said she was consulted or advised on the proposals for funding but that it was ultimately up to the Office of Local Government to determine which grants were successful.

“If you look at all the projects that have been funded across the state, they’re all important projects,” she said.

“They’ve gone to a number of communities, they’re now facilities that have been made available that people are using and I think that’s really important to remember.”

The parliamentary inquiry has previously heard that $141.8 million of the Stronger Communities Fund was allocated by the Premier, with $61.3 million allocated by Deputy Premier John Barilaro and $48.9 million by the Minister for Local Government.

Two senior staff from the Premier’s office were last month called to give evidence to the parliamentary inquiry about how the grant money was allocated and approved.

Ms Lau said she later destroyed the notes because she had sent an email recording the outcome of the decision.

Mr Shoebridge said the documents were recovered through a forensic data search and were provided to Parliament last night.

“These documents have only been produced following a forensic document recovery process,” he said.

“The originals were deleted, both electronically and in paper, and they never would have seen the light of day if we hadn’t been pressing the case in the upper house inquiry.”

The parliamentary inquiry will now scrutinise the documents which is due to sit again on November 27.