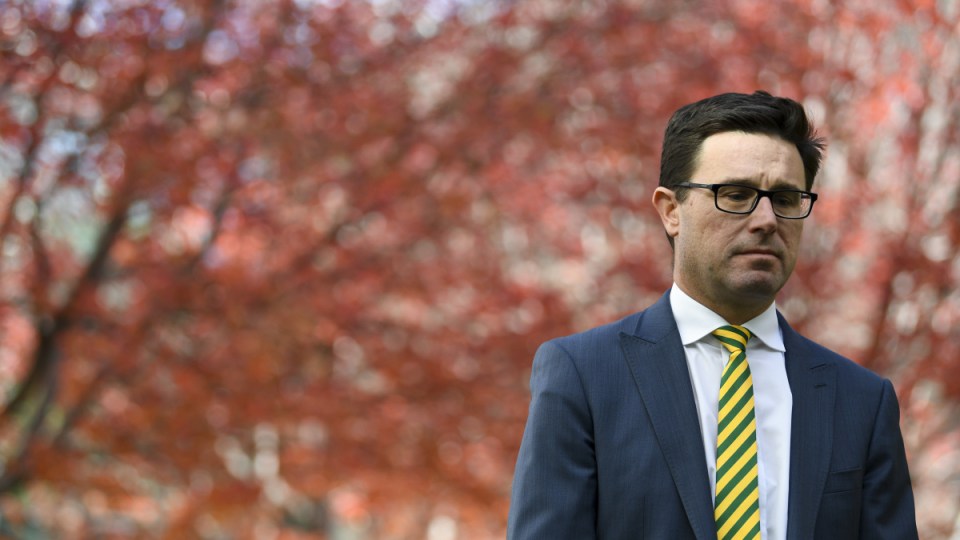 The federal Agriculture Minister has confirmed he has been unable to speak with his Chinese counterpart on the eve of an expected tariff being formally imposed on Australian barley.

David Littleproud is the second minister in successive days to admit to being unable to talk to high-ranking Chinese government officials as trade tensions between the two nations continue to fester.

It comes as China is expected to announce an 80 per cent import tariff on Australian barley on Tuesday, having accused exporters of dumping their crop in that country’s market.

Australia has rejected the Chinese claims and has threatened to take the matter to the World Trade Organisation if the tariff is imposed.

“I’ve reached out and they’ve come back to me and indicated that there isn’t an opportunity for us to talk in the near future about the challenges we’ve got,” Mr Littleproud told the ABC.

Trade Minister Simon Birmingham told the ABC on Sunday he was yet to receive a response from his efforts to speak with his Chinese counterpart.

Barley exports were worth $1.5 billion in 2018 but dropped to $600 million in 2019 amid the drought and an Australian push to diversify into more markets.

Australian exporters believe an 80 per cent tariff will cripple a once-lucrative market.

Beijing last week also banned imports from four Australia abattoirs, which accounted for about 35 per cent of beef exports to China.

Prime Minister Scott Morrison’s calls for an investigation into the origins of the COVID-19 outbreak, which Australia attributes to a wildlife wet market in Wuhan, China, further escalated pre-existing tensions between the two nations.

China’s ambassador to Australia, Cheng Jingye, had previously threatened his country would impose economic sanctions if Mr Morrison continued to push for the probe.

Mr Littleproud said the export troubles with China were a reminder for Australian farmers to consider exporting to other markets.

“What we’ve done as a federal government over the past six years is secure a number of trade agreements to be able to send boats left and right if one market has trouble,” he said.

“That’s the responsible thing to do … to spread your risk, not to have market concentration.”

Senator Birmingham and the Prime Minister have sought to distance the barley and beef woes from Mr Morrison’s push for an investigation into China’s handling of the coronavirus outbreak.

The troubles come as Australia expects a push for a global investigation into COVID-19 will be endorsed at a major international meeting that gets underway on Monday night.