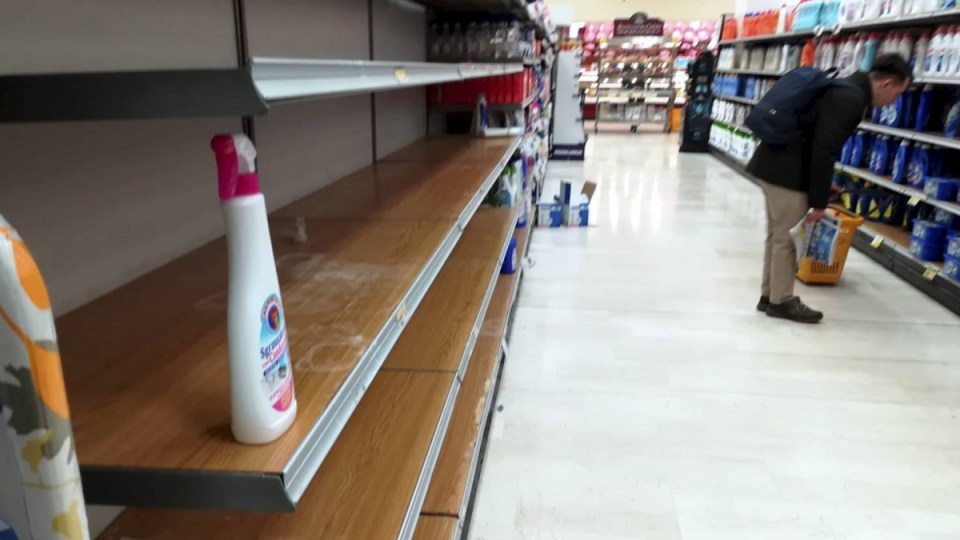 Supermarket shelves are being cleared across Australia – but Mr Morrison says panic-buying is unnecessary. Photo: AAP

Prime Minister Scott Morrison has urged the big banks to “do the right thing” after the Reserve Bank announced an emergency interest rate cut to protect the economy from the fallout of the coronavirus outbreak.

Westpac and the Commonwealth Bank moved quickly to pass on the rate cut to home-owners after the RBA cut official interest rates by 0.25 per cent.

The Prime Minister urged banks to “do their bit” to support Australians face the economic threat as he revealed he was working with supermarkets to deal with panic buying of non-perishables.

“There is no doubt that if the bank were to take a decision today on cash rates that the government would absolutely expect the four big banks to come to the table and to do their bit in supporting Australians as we go through the impact of the coronavirus,” he said.

“I would expect [the banks] would do the right thing by those Australians who are looking to see any support that the Reserve Bank would be seeking to provide at this time.”

Under existing laws, the government already has the power to detain people infected with the virus.

Mr Porter said the public should prepare for those laws to be activated.

“It is likely that the laws will get used on a larger scale and it is very likely that Australians will encounter practices and instructions and circumstances that they have not had to encounter before,” he told ABC Radio National on Tuesday.

“There could be the declaration of what are called human health response zones, and that could mean there are specific requirements for screening measures for people going in and out of such a zone.”

Mr Hunt said the search was on for anyone who might have come in contact with Australians who have contracted the virus.

“They’re now conducting what’s called a full-contact tracing. Contact tracing means that, as it sounds, they’re reaching out, working through all of the people that the individual has been in contact with, which is what we’ve done with all of the Australian cases,” he said.

“There are now 33 Australian cases and an initial 15 from Wuhan or associated with Wuhan, all of whom cleared the virus, 10 from the Diamond Princess – six of those 10 have cleared the virus and have returned home.

“Very sadly, of course, we’ve lost James Kwan, a 78-year-old man from Western Australia, and now we have the eight cases that have emerged in the last week within the community – seven from Iran and this one case of the health worker in NSW.

More than 10,000 tests for coronavirus have been conducted in Australia for the 33 positive results.

Mr Hunt urged Australians to remain calm and said there was no need to stockpile food or medical supplies.

“As a nation, as a community, we’re all in this together,” he said.