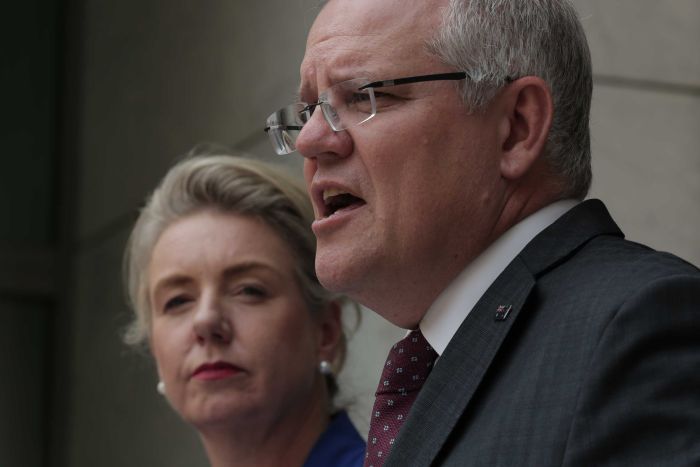 The agency charged with administering the scandal-plagued sports grant scheme warned the Morrison government that its interference in the $100 million program was compromising its independence.

The ABC can also reveal, for the first time, which clubs missed out on funding despite Sport Australia’s recommendations.

The revelations shed light on a damning Auditor-General’s report which found then-sports minister Bridget McKenzie ignored the advice of Sport Australia and funnelled money into projects in marginal electorates and those the Coalition was targeting in the lead up to the 2019 election.

The ABC can reveal that one month before the election was called, Sport Australia wrote to Senator McKenzie outlining its fears that it was being compromised by political interference.

And ministerial documents obtained by the ABC help explain why Sport Australia might have been so annoyed.

Right from the outset, it is clear the Community Sport Infrastructure Grant Program was highly politicised, with Senator McKenzie’s office colour-coding the nearly 2,000 grant applications according to the party that held the electorate.

As revealed in the Auditor-General’s report, projects deemed to be of high merit by Sport Australia did not always get federal funding. In fact, the two highest-rated applications were overlooked in favour of projects with relatively low merit under established guidelines.

A football club in the Victorian Liberal-held marginal seat of La Trobe received a $500,000 grant despite having an assessment score of 50 out of 100, when a roller derby upgrade in the safe Nationals seat of Gippsland did not get a cent despite its 98 rating.

The ABC has seen emails sent by Sport Australia executives to the office of the now embattled Nationals deputy leader Senator McKenzie in March last year — just weeks before Scott Morrison called the election — in which they voiced concern that the agency’s independence was being compromised.

“Our actions have been driven by our responsibility to provide the best advice to the Minister,” Sport Australia’s Robin O’Neill wrote in a March 6 email to Senator McKenzie’s then-chief of staff Richard Hyett.

“Please note the concerns of Sport Australia detailed in my email of 5 March 2019.”

The ABC understands that Sport Australia was dismayed that community sports projects it recommended for federal funding were being routinely ignored in favour of less deserving projects in election battleground seats.

The agency ranked projects by merit under published guidelines but the Minister’s office generated its own list, using what the Auditor-General described as a “parallel assessment process” that took into account the location of the sports club.

Sport Australia communicated its deep concern about the Minister’s intervention in the Community Sport Infrastructure Grant Program by email and verbally to the Minister’s chief of staff.

Attached to Mr O’Neill’s March 6 email was a copy of the application form and guidelines for the program, “as requested by the Minister”, despite the program having already run through two of its three funding rounds.

According to the Auditor-General, a score of 74 per cent was the cut-off for funding under Sport Australia’s merit-based system.

But a document prepared internally by the Minister’s office, and obtained by the ABC, reveals that 94 of 223 projects deemed “successful” in the first round would have fallen short of Sport Australia’s threshold.

More than half — 54 per cent — of the near $30 million spent in round one went to key and marginal seats, defined by the ABC as having margins of less than 6 per cent. That is despite the fact that marginal seats made up 40 per cent of all electorates at the 2019 election.

Twenty-one of the 35 projects in Nationals-held seats given funding in round one did not satisfy the 74-point threshold.

The three least worthy applications that received funding were all in Coalition-held seats and the project with the lowest score was awarded $500,000 by Senator McKenzie.

This was for the Pakenham Football Club to build changing rooms for female footballers and netballers.

It was given a rating of just 50 out of 100 under Sport Australia’s guidelines but received the highest possible grant.

Pakenham is in the Liberal-held marginal electorate of La Trobe which Labor heavily targeted in the 2019 election campaign.

The damning audit report has not only prompted calls for Senator McKenzie to resign from Cabinet, it’s prompted a furious response from the sports clubs that spent hours working on their grant applications but never stood a chance.

One such club is the Coledale Waves Football Club in the safe Labor-held seat of Cunningham, which missed out on a $500,000 grant to resurface its playing field and build new facilities for female players. The ABC can reveal Sports Australia scored its application 73 – just below the merit threshold of 74 points.

The Applecross Tennis Club, in Liberal Ben Morton’s West Australia electorate, received $500,000 despite being given a score of 54, while the Hawthorn-Malvern Hockey Centre in Treasurer Josh Frydenberg’s leafy seat of Kooyong was granted $500,000 with a score of 62.

The Lilli Pilli Football Club in Prime Minister Scott Morrison’s electorate also benefited from the grant program but was deemed worthy by Sports Australia, with a score of 77.

Senator McKenzie has defended her administration of the program, saying all projects that received funding were eligible. Her office insists the Minister had the discretion to make final funding decisions.

The Minister has also claimed that, if anything, her intervention produced “reverse pork-barrelling”, because if Sport Australia’s recommendations had been accepted, only 26 per cent of projects would have been in Labor electorates, rather than 34 per cent as it turned out.

She’s awaiting a review from the Department of Prime Minister and Cabinet (PM&C) into her handling of the program, which the Prime Minister requested after details emerged a gun club she was a member of received funding.

“Out of respect for the PM&C process, the Minister will not be making comment on individual matters until the process is complete.”

A spreadsheet prepared by the Minister’s office in December 2018, obtained by the ABC, contains analysis of the party breakdown of the projects.

It shows that of the 223 projects marked as “successful” in round one, 94 are in Labor-held seats, compared to 87 in Liberal electorates, 35 in National seats and seven in electorate held by independents.

But in terms of funding per project, those in Liberal-held seats averaged $147,901, about $40,000 more than the average funding of projects in Labor seats.