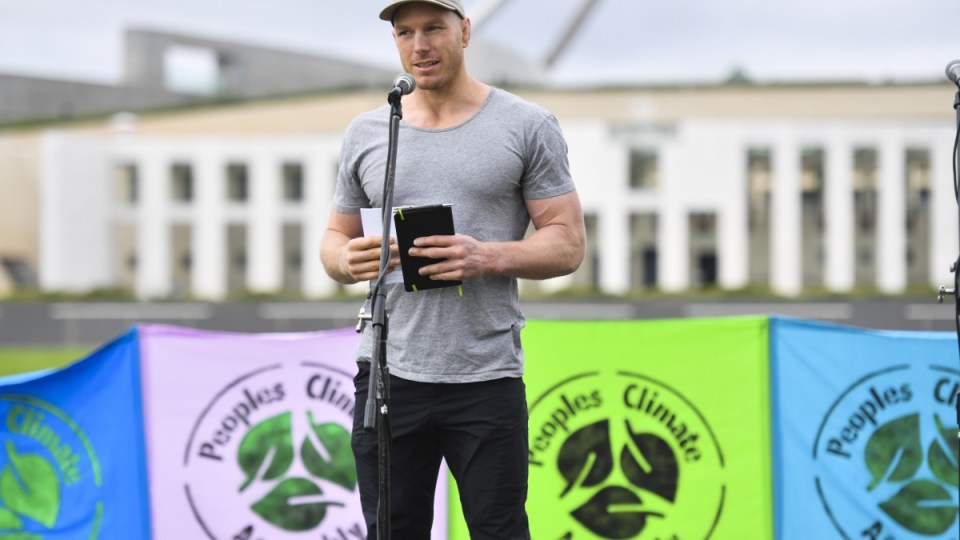 Disability advocates have criticised the federal government and opposition for not allowing a newly elected senator to have an Auslan interpreter by his side during his first speech.

Independent ACT senator David Pocock made the request to the chamber after being asked by community members to consider having his speech live translated for people who are deaf or hearing impaired.

It would have been the first time a speech had been translated into sign language on the floor of the chamber.

Senate conventions require approval from the government, opposition and crossbench to have a “stranger in the house”, which Senator Pocock requested to ensure an interpreter could stand next to him and feature in the broadcast.

It is understood the Greens consented to having an Auslan interpreter on the floor of the chamber but the government and the opposition refused the request, citing concerns over the precedent it would set.

Advocacy for Inclusion policy head Craig Wallace told AAP the organisation will write to Senate President Sue Lines about their dismay at the decision, and reiterate the need for inclusion.

The parliament should not be exempt from anti-discriminatory measures other Australian workplaces follow, Mr Wallace said.

“The parliament should be modelling the practices it is urging the rest of the community to abide by when it comes to inclusion,” he said.

“Deaf people vote and they have a right to be able to hear from the people they voted for in their own language, not only during first speeches but in debates and proceedings.”

In a statement, Deaf Australia said it was deeply concerned by the lack of foresight and regard for accessibility by the government and opposition.

The major parties have proven inclusion and accessibility is “never a certainty in political settings”, the statement said.

With one in six Australians experiencing hearing loss, Senator Pocock said it was important for everyone to be more inclusive.

“People want a better, more collaborative parliament and that is what I want to help achieve,” he said in a statement on Friday.

“For me, that means making our parliament more inclusive. I don’t want some people in our community to feel excluded or separate.”

Auslan translation has been a regular feature of public communication throughout the COVID-19 pandemic, with interpreters standing alongside state, territory and federal leaders during public updates.

Mr Wallace said the Senate’s decision reflected a misunderstanding of the integral role interpreters have and the need for Auslan to be available in more settings.

“This decision is not inclusive. It’s unreasonable and it’s problematic,” he said.

While stressing he appreciates the tradition and convention of the upper chamber, Senator Pocock said there was a strong case to update practice and better reflect community values.

“I am disappointed that the major parties have not supported my request to have an Auslan translator alongside me on the floor of the Senate for my first speech,” he said.

“Not only would this have provided a practical solution, it would have also sent a strong message of inclusion.”

The senator said he would work with the Department of Parliamentary Services and the Senate to ensure his first speech is accessible to anyone watching either remotely or in the public gallery.