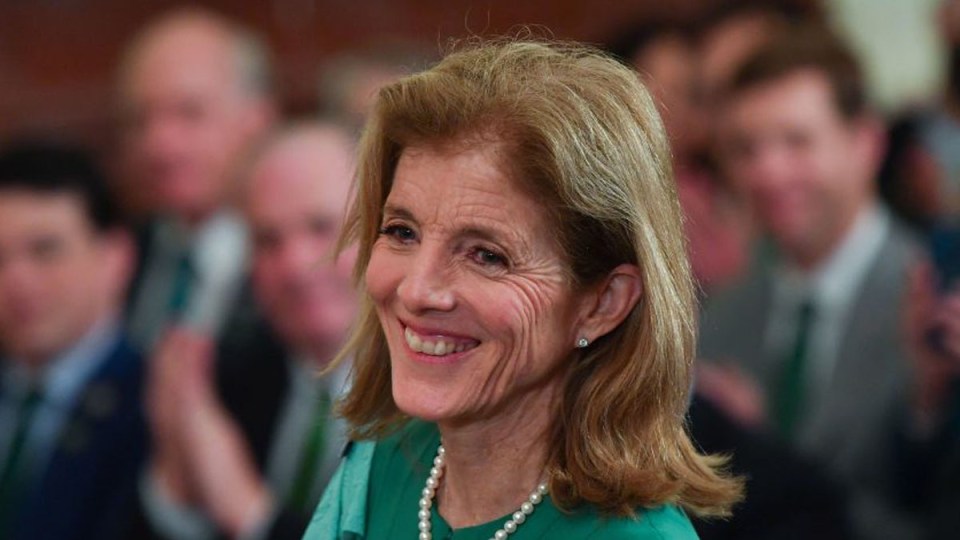 Ms Kennedy, who has revealed her late father wanted to be the first sitting president to visit Australia, says she will be honouring a wish thwarted by an assassin's bullets. Photo: Getty Photo: Getty

Camelot will meet public housing when Prime Minister Anthony Albanese  greets new US Ambassador to Australia – an appointment he says reaffirms the strength of the alliance between the two nations.

Ms Kennedy, the daughter of assassinated US President John F. Kennedy and a charter member of America’s unofficial ‘royal dynasty’, arrived in Australia last week to take up a post announced earlier this year.

Mr Albanese, who was raised by a single mum in social housing, hailed Ms Kennedy’s appointment as a “very positive development”, adding that he will be meeting with the “significant figure” on Wednesday.

“President Biden said to me … how important an appointment like this is, and I think Australians should be proud of that fact,” he told Sky News on Sunday.

“The US alliance is our most important relationship and having Ambassador Kennedy here is appropriate given the status of our relationship.”

Mr Albanese also said he had been invited to visit the White House and was in discussions on the timing of that trip.

President Biden to due to visit Australia in 2023 for the next Quad Leaders’ Summit.