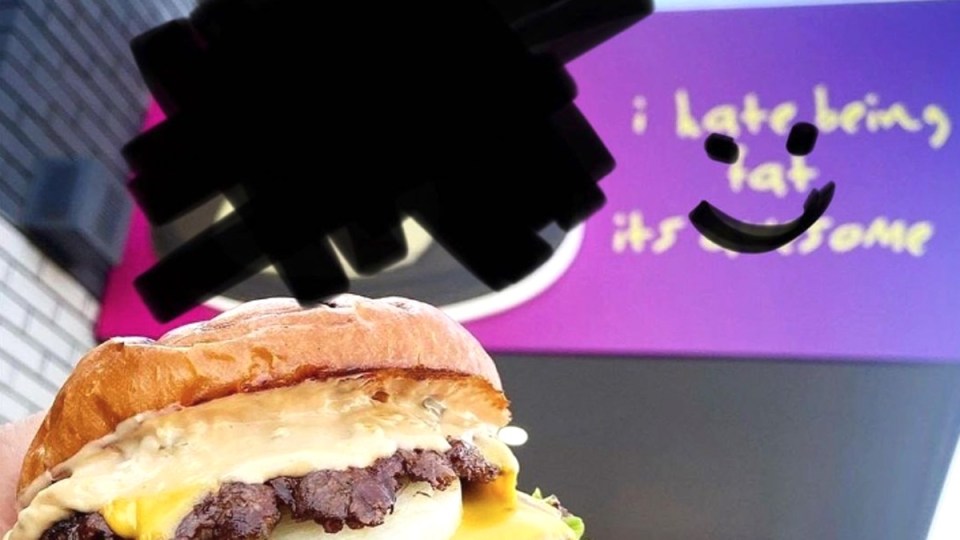 Rapper Kanye West sent the full force of his legal team down on the Melbourne burger outlet. Photo: Instagram

A Melbourne burger outlet has been forced into major changes – including renaming its burgers and almost total redecoration – after a run-in with Kanye West.

College Dropout Burgers, which opened in Melbourne’s leafy inner-north in May last year, was a tribute to the Grammy-winning rapper.

The family-run outlet named its burgers after West’s songs, used his album artwork as its logo and and proudly featured a mural of the star.

That was until the rapper himself started checking out the burger shop’s Instagram posts.

“What is happening here?? I must have “found God”, because Kanye West has been deep in our stories. Over 10 story views now!!” College Dropout Burgers posted on Instagram less than a week ago.

But West’s attention was actually far from flattering. The outlet’s owner, Mark Elkhouri, received a cease and desist letter from the rapper’s lawyers earlier this month.

“The whole idea or the whole concept was to kind of celebrate Kanye West and show a different side of his music, and artwork and fashion line,” he told Melbourne’s radio 3AW on Thursday.

“Anyone that is a fan of Kanye West and his music would kind of understand he actually does seek inspiration from other artists.

“I was kind of like ‘Ok, well I don’t sing, I don’t rap, what I do is kind of like another form of art, and I believe it’s modern-day art, which is food’.”

West’s lawyers alleged Mr Elkhouri had used the star’s material without permission and vowed to sue unless it was removed.

On Wednesday, the College Dropout Burgers team ripped down their burger sign, removed the logos and covered over the in-store mural. The burgers are now named after other celebrities, including Mark Zuckerberg and Bill Gates.

Mr Elkhouri said he felt he had little choice but to comply with West’s lawyers’ demands. He said he was disappointed because the rapper was “his hero”.

“The brand was created to celebrate him,” he told the Seven Network.

All that remains from its previous homage is the name, College Dropout Burgers.