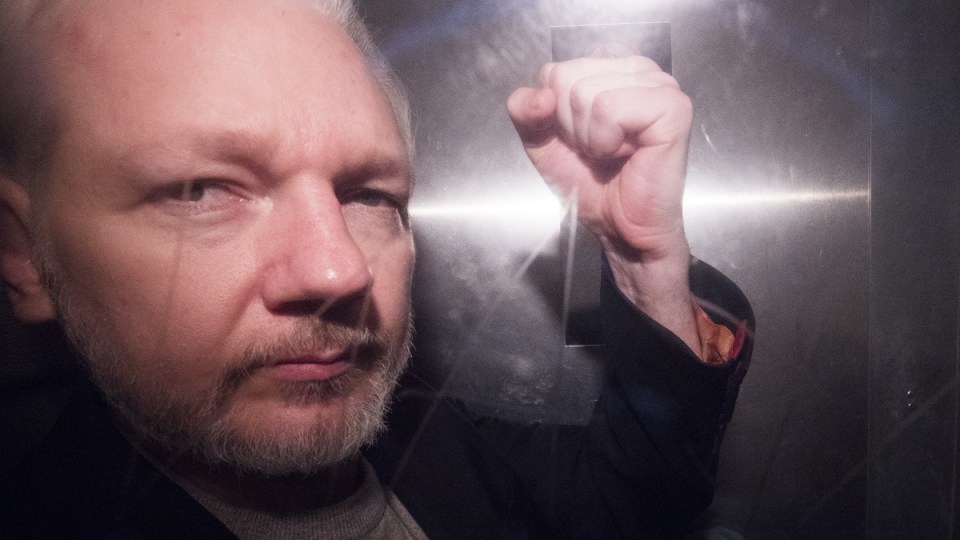 Wikileaks co-founder Julian Assange, shown here in a prison van in 2019, could be in the US within 28 days. Photo: AAP Photo: AAP

Julian Assange’s supporters have vowed to use every possible legal avenue to fight the British government’s decision to allow the WikiLeaks founder to be extradited to the United States.

Information about an apparent plan to assassinate the Australian journalist is among the new evidence to be put before the courts, according to Mr Assange’s brother.

Mr Assange’s wife Stella said they would appeal the “travesty”.

“We’re going to fight this,” Mrs Assange said, declaring Friday “a dark day for press freedom and for British democracy”.

“I’m going to spend every waking hour fighting for Julian until he is free, until justice is served.”

“He is a journalist and a publisher, and he is being punished for doing his job.

“It was in [Home Secretary] Priti Patel’s power to do the right thing.

“Instead, she will forever be remembered as an accomplice of the United States in its agenda to turn investigative journalism into a criminal enterprise.

She said “make no mistake…this has always been a political case”.

“Julian published evidence that the country trying to extradite him committed war crimes and covered them up; tortured and rendered; bribed foreign officials; and corrupted judicial inquiries into US wrongdoing,” Mrs Assange said.

“Their revenge is to try to disappear him into the darkest recesses of their prison system for the rest of his life to deter others from holding governments to account.

“We will not let that happen.”

The Australian government has said little about the case overnight apart from reiterating Mr Assange would continue to have consular assistance.

“We will continue to convey our expectations that Mr Assange is entitled to due process, humane and fair treatment, access to proper medical care, and access to his legal team,” a statement late on Friday night from Foreign Affairs Minister Penny Wong and Attorney-General Mark Dreyfus said.

“The Australian government has been clear in our view that Mr Assange’s case has dragged on for too long and that it should be brought to a close.

“We will continue to express this view to the governments of the United Kingdom and United States.”

Mr Assange is wanted by US authorities on 18 counts, including a spying charge, relating to WikiLeaks’ release of vast troves of confidential US military records and diplomatic cables which its officials say had put lives in danger.

His supporters say he is an anti-establishment hero who has been victimised because he exposed US wrongdoing in conflicts in Afghanistan and Iraq, and that his prosecution is a politically motivated assault on journalism and free speech.

His brother, Gabriel Shipton, told Reuters the appeal would include new information not previously taken to the courts.

“It will likely be a few days before the [14-day appeal] deadline and the appeal will include new information that we weren’t able to bring before the courts previously. Information on how Julian’s lawyers were spied on and how there were plots to kidnap and kill Julian from within the CIA,” Mr Shipton said.

He was referring to a Yahoo News report from September 2021 on alleged US plans to kidnap or assassinate Mr Assange when he was holed up in Ecuador’s embassy in London.

The CIA has declined to comment on the report.

Originally, a British judge ruled Mr Assange, 50, should not be deported, saying his mental health meant he would be at risk of suicide if convicted and held in a maximum security prison.

But this was overturned on an appeal after the US gave a package of assurances, including a pledge he could be transferred to Australia to serve any sentence.

The Home Office said the courts had not found that extradition would be incompatible with his human rights, including his right to a fair trial and to freedom of expression, and that he would be treated appropriately.

Mr Assange has 14 days to appeal to London’s High Court, which must give its approval for a challenge, and he could ultimately seek to take his case to the United Kingdom Supreme Court and the European Court of Human Rights.

Mr Assange would be able to claim again it was politically motivated and use new evidence, such as his allegations the CIA had plotted to assassinate him.

“I think he might get some traction,” Mr Vamos told Reuters.

Mr Assange and his supporters argue that he is being punished for embarrassing those in power and faces 175 years in prison if found guilty, although the US lawyers have said it would be more like four to six years.

Mr Shipton said the decision set a dangerous precedent and urged US President Joe Biden’s administration to drop the charges.

“UK government and judiciary at the highest level has found that if you publish evidence of corruption, war crimes and torture in the UK you may be extradited to a third country,” he said.

“It is now up to President Biden to drop this prosecution and restore faith in the ability of the fourth estate to play their role in functioning democracies.”