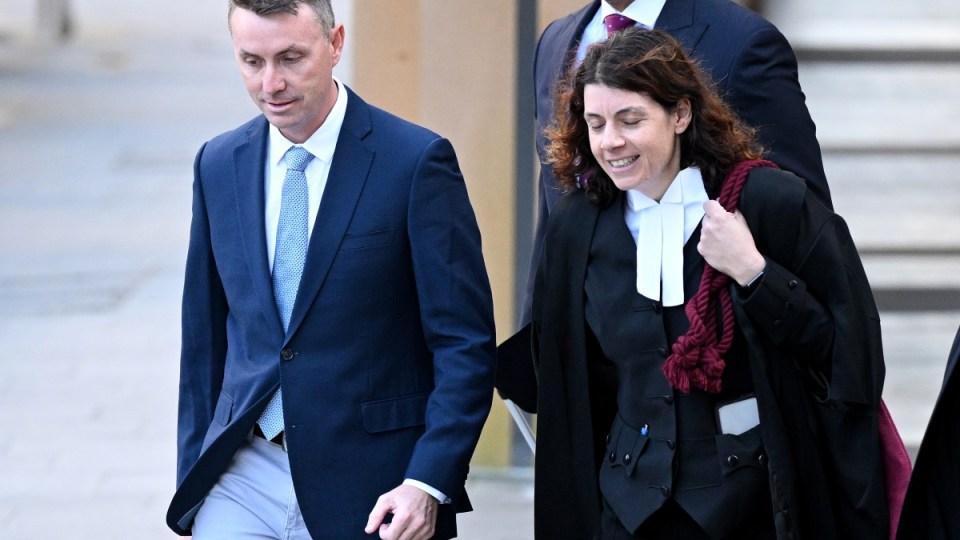 James Ashby has accused former senator Brian Burston of being a coward and a pest. Photo: AAP

One Nation chief of staff James Ashby says Brian Burston was a coward and had become a “text pest” fixated on making his and Pauline Hanson’s life miserable, a court was told.

Under cross-examination in the Federal Court on Tuesday, Mr Ashby said he received countless messages from Mr Burston after the senator left One Nation for the United Australia Party.

Mr Burston’s barrister Bruce McClintock SC asked Mr Ashby if it was appropriate to call his client a “traitorous c—” in a response.

He said it was because Mr Burston was a traitorous senator and he “has a habit of using that word himself”.

“Your client is a serial text pest,” Mr Ashby said.

Mr Ashby is giving evidence on behalf of his boss Senator Hanson, who is being sued for defamation by Mr Burston.

Mr Burston says the One Nation leader accused him of sexual harassment on social media, via a text message to his wife and during a television interview.

Mr Ashby said Mr Burston had a “revolving door of staff” who were “cowardly” dismissed via email, letter, or text message, and was approached about the senator sexually harassing his staff.

Terri-lea Vairy told him in January 2019 that Mr Burston was making her “very uncomfortable”, that he had tried to put money down her top, touched her all the time, and continually commented about her “sexiness”.

“He stated that he apparently loved her. There’s no secret I have been involved in a sexual harassment case … I didn’t want her to go down the same path as me,” Mr Ashby said of dissuading her from talking to the media.

Ms Leach told Mr Ashby she was then unfairly dismissed by Mr Burston after telling him to get over his infatuation with Ms Vairy.

Mr Ashby told Senator Hanson that he had reported the sexual harassment allegations and penned a speech for her to read out in parliament.

He denied it was a direct attack on Mr Burston, saying he deliberately did not name the senator, wanting to also fire a shot at other “disgraceful” members of parliament who behaved badly towards their staff.

A day later, Mr Ashby was informed Mr Burston had made historical sexual harassment allegations against Senator Hanson that were to be published.

Mr Ashby was waiting for Senator Hanson to leave a dinner so the pair could “prepare” for the story.

He said he wanted to film Senator Hanson in the parliament’s marble hall when Mr Burston entered the frame.

Mr Burston told him to “f— off” and grabbed the mobile phone, he said.

Mr McClintock said it was obvious Mr Burston did not want to be filmed.

“Don’t you think it was courteous to stop filming?” Mr McClintock said.

“It didn’t matter how courteous you were to Mr Burston, he had a fixation on making life very miserable for Senator Hanson and myself,” Mr Ashby said.

“I owed your client no courtesy.”

Following the scuffle, Mr Burston smeared blood from his hand on Senator Hanson’s door “like some hex”.

“We were all miffed by it.”

Senator Hanson gave an interview with the Seven Network shortly after calling Mr Burston’s allegations “so hilarious” and “an absolute joke”, the court was told.