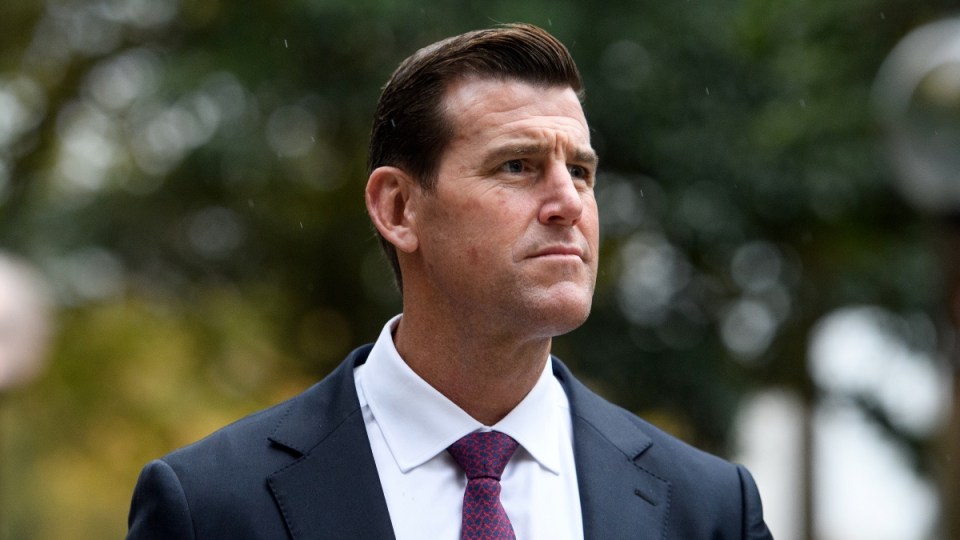 A friend of Ben Roberts-Smith admits he made a mistake in key evidence. Photo: AAP

Ben Roberts-Smith’s friend who donned a Ku Klux Klan outfit at an Australian army party in Afghanistan admits he made a mistake in key evidence against the newspapers being sued.

The witness codenamed Person 35 in the Federal Court on Thursday repeatedly stated that an Afghan partner force soldier – Person 12 – had been removed from his troop in July 2012.

Mr Roberts-Smith is accused of ordering Person 12 through an interpreter to shoot an Afghan prisoner on an October mission to Khaz Oruzgan.

Person 35 testified that Person 12 three months earlier had shot a dog, with the bullet ricocheting and hitting an Australian soldier, and he was soon removed from the squad.

Therefore Person 12 could not have been on the mission where the alleged murder occurred, and was a “knockout blow” for the newspapers’ case, the court was earlier told.

On Thursday Person 35 was shown a number of classified documents that outlined Person 12 in fact took control of Australia’s army partner force in September 2012.

“I don’t recall that Mr Owens but I don’t doubt the authenticity of those reports,” Person 35 told the newspapers’ barrister Nicholas Owens SC.

It showed that Person 12 “did not shoot a dog”.

Person 35 is appearing on behalf of Mr Roberts-Smith who is suing The Age, The Sydney Morning Herald and The Canberra Times for defamation.

The Victoria Cross recipient denies all reported claims he committed war crimes in Afghanistan including murder, and acts of bullying and domestic violence, while the mastheads are defending them as true.

Person 35 was earlier questioned about his controversial KKK outfit worn at the SAS makeshift bar called the Fat Lady’s Arms.

He said he didn’t want to pay for one online and this was the “easiest costume to manufacture at short notice”.

‘Funny if I came as a klansman’

“I knew another person was coming as blackface and I thought it would be funny if I came as a klansman.”

He said it was a parody, to have a laugh, to make fun of the klan.

“They’re pretty pathetic and I was making a joke of it.”

“Were you reprimanded?” Mr Owens asked.

“No I was not, I actually won the fancy dress competition,” Person 35 said.

The former elite soldier was also questioned about some Instagram posts he had liked, including one with an image of a man labelled “Fairfax”.

The post references “some f***wit in a suit using f***tard logic he learned getting his tonsils bruised by some lecturer’s spotty d*** at their non-binary law school”.

“This c*** will be one of the first to be held down and drowned in a muddy puddle for his fancy jacket,” the post continues.

Person 35 said it wasn’t referring to Mr Owens personally, but the entire proceedings, including all witnesses who appeared for the news outlets.

He said the posts were dark humour and should not be taken seriously.

He was referred to another online posting referencing rats and snitches, and agreed he “did not see what some of your witnesses have claimed to have seen”.

“He didn’t kick someone off the cliff. I know my friend Ben and I know he wouldn’t do that.”

Another point of amusement for Person 35 was his drawings of winged penises inside troop headquarters at Tarin Kowt, he said.

He said his parody of the winged dagger became his trademark art “for a laugh”.

But he denied the suggestion he penned a winged penis kicking a prisoner off a cliff, a drawing another soldier said he had seen after the allegation against Mr Roberts-Smith became known.

Person 35 confirmed Seven Network boss Kerry Stokes was paying for his legal fees, saying he did not trust free lawyers offered from the Australian Defence Force.