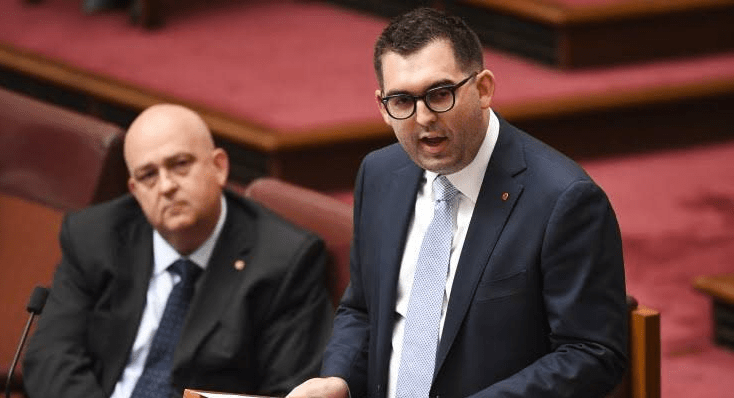 WA Liberal Ben Small hopes to regain his seat on May 21. Photo: Twitter

West Australian Liberal Ben Small has resigned from the Senate after discovering he is a dual citizen of New Zealand.

Mr Small, who filled the Senate vacancy left by former finance minister Mathias Cormann last year, looked into his status after being queried by Liberal officials ahead of the May 21 federal election.

Authorities confirmed on Thursday he had gained New Zealand citizenship through his father being born there.

Mr Small has since been granted a renunciation of any citizenship rights and will remain a candidate for re-election in third place on the Liberals’ WA Senate ticket, behind frontbencher Michaelia Cash and government whip Dean Smith.

He tendered his resignation to the President of the Senate on Friday.

“Hopefully (a) temporary hiccup and if we win three seats, I’m back from 1 July,” he told AAP.

Senator Small was first sworn in as a Western Australian Senator in November 2020, after being appointed by a Joint Sitting of the Western Australian Parliament to fill the casual vacancy created by the retirement of Finance Minister Mathias Cormann.

The Perth-born Mr Small said he had always been an Australian citizen.

“I had always understood that I had no entitlement to New Zealand citizenship based on the laws that applied at the time of my birth,” he said in a statement.

“However, late last Wednesday 6 April, as part of preparations for the upcoming election, Liberal Party officials queried whether I may have an entitlement to New Zealand citizenship.

“Within 24 hours I took steps to engage with the New Zealand High Commission to clarify my status and, if necessary, to renounce any eligibility or right to New Zealand citizenship that I might have.

“Yesterday afternoon, Thursday 14 April, the New Zealand High Commission confirmed that I had been a citizen of New Zealand and, further to my application, granted a renunciation of any New Zealand citizenship rights.”

Mr Small said while his ineligibility would need to be confirmed by the Court of Disputed Returns, it was appropriate that he resign immediately.

He said he remained committed to fighting for his state.

“Now that any questions around my eligibility have been resolved, I look forward to continuing to campaign across WA as a candidate for the Senate and to ensuring the Morrison government can continue to implement our plans for an even stronger Australia,” he said.