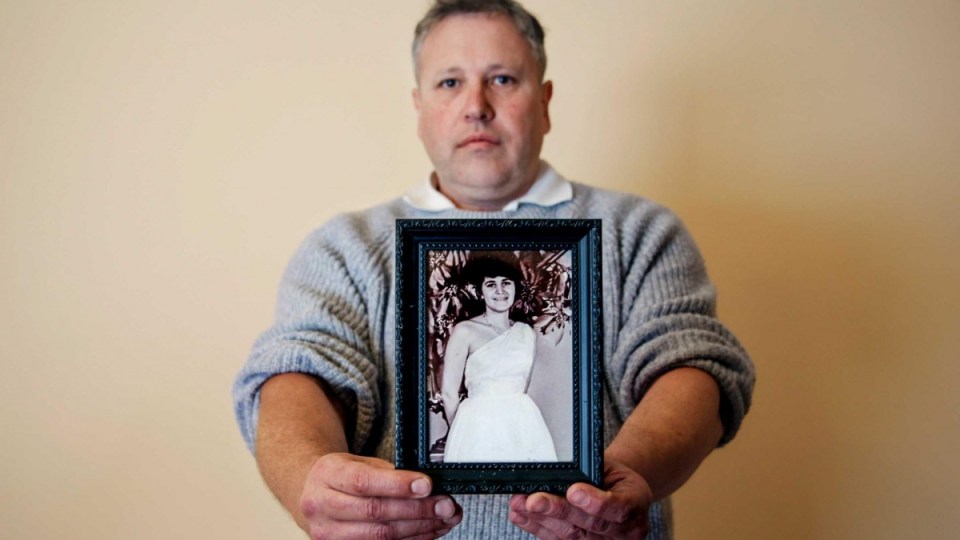 Maria James' son, Mark, was 13 when his mother was murdered. Photo: ABC

An inquest into the unsolved murder of Melbourne woman Maria James has slammed the police investigation and loss of key evidence while naming two men as key suspects.

Ms James was stabbed 68 times in June 1980 at her Thornbury home and bookshop.

Ms English said while police were flooded by information and false leads following a $50,000 reward at the time, they were responsible for major errors which hamstrung the investigation.

The most significant of these mistakes was the use of a blood-stained pillow case in 2003 – initially thought to be from Ms James’ home – to rule out a handful of key suspects.

In 2017, it was revealed the item was from an unrelated case, which counsel assisting the coroner, Sharon Lacy, said cost “14 years of potential progress”.

Meanwhile, a quilted bedspread from the crime scene was recovered in June this year.

But other items of evidence, including Ms James’ blood-stained clothes, have long been missing from the police exhibits.

“It is remarkable that these errors all occurred for different reasons and were not connected,” Ms English said.

The coroner said the inquest delivered an open finding, with Ms James’ killer still un known, and recommended police do a full search for missing evidence.

She said both Father Bongiorno and Mr Keogh had a motive to kill the mother-of-three.

An investigation into the unsolved murder remains ongoing.