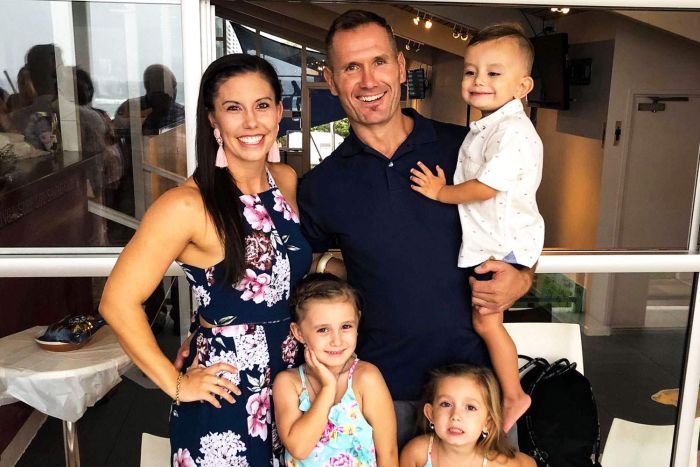 Hannah Clarke and her children were killed by Rowan Baxter in suburban Brisbane in February 2020.

Rowan Baxter was “evil” and Hannah Clarke was the “walking dead” after she left her estranged husband, an inquest has been told.

Moments after a powerful victim impact statement from Ms Clarke’s parents, counsel assisting the coroner Jacoba Brasch said she believed nothing could have stopped Baxter from killing his wife, along with his three young children.

“[Parents Sue and Lloyd Clarke] … asked just before the single most important question in this horrible tragedy – why?,” Dr Brasch said after their emotional statements to the inquest in Brisbane.

“Having heard eight days of evidence and having sifted through thousands of pages of exhibits … it’s my submission it is irreducibly simple yet irreducibly complex.

“Why? Because Baxter was evil.”

Dr Brasch said mistakes were made and there was a lack of information sharing by authorities.

But Dr Brasch believed it was only a matter of time before Ms Clarke would be killed by Baxter once they separated in late 2019, such was his “single mindedness” and “murderous intent”.

“Hannah really was the walking dead the moment she asserted her own independence and left Baxter,” she said.

Baxter committed “calculated and premeditated murder”, Dr Brasch said, citing CCTV footage of him shown at the inquest casually buying zip ties, cleaning fluid and a fuel can two days before he used them to torch his family in February 2020.

She said Baxter appeared intent on killing Ms Clarke since he “committed his murderous ramblings to paper” in a “death note” started on January 26 and found on his phone after the murders.

Dr Brasch believed Baxter may have initially intended to tie up Ms Clarke, burn her, then be with his children and it “would all be happy families”.

But Baxter turned to his “plan B” once Ms Clarke defied him and sought help from a bystander when he jumped in their car in a Brisbane suburb.

Ms Clarke was leaving her parents’ home in Camp Hill to take her children – Aaliyah, six, Laianah, four, and Trey, three – to school when Baxter got into the car, poured fuel inside and set it alight on February 19, 2020.

Earlier, Ms Clarke’s tearful parents said the inquest, set to close on Thursday, could be simply summed by one question – why?

“[His grandchildren] … would say ‘why would you hurt us daddy? Why would you take away our futures’?” Lloyd Clarke said.

“Why didn’t you love us just like a father is supposed to do?

“Hannah would say ‘why couldn’t you be a better man, a better father, a better husband – why did you have to be such a coward and bully to us for so many years’.”

He added while fighting back tears: “As as society we also need to ask ourselves why this can happen, why does it take the murder of four beautiful souls and dozens of others every year before governments respond?”

Ms Clarke’s devastated mother said she had left her granddaughters’ room at their home unchanged since the tragedy.

“I can’t bring myself to pack up their toys,” she said breaking down.

“Our house, once filled with the noise, laughter and chaos of young chlidren is now very quiet.

“Holidays like Christmas and Mother’s Day are almost unbearable. The hole in our family is gaping and will never be filled.”