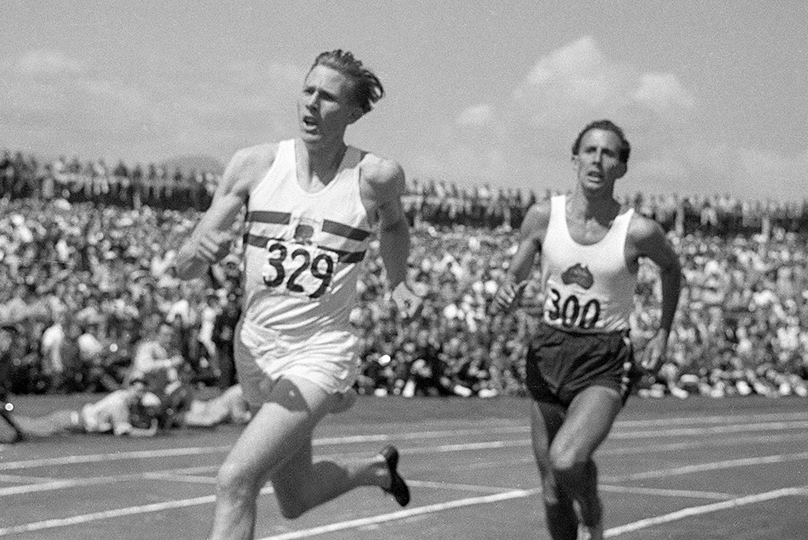 Australians are mourning the loss of John Landy, a champion on and off the athletic circuit, who has passed away at the age of 91.

The athletics icon and trailblazer, who later served as Victoria’s Governor, gave Australia some of its greatest thrills and finest sporting moments.

Landy, who became only the second man to break the four-minute-mile barrier, also held the world records for the 1500m and the mile. He also won Olympic bronze in 1956 in the 1500m, and Commonwealth Games silver in 1954 for the 1600m.

“We are incredibly saddened to learn of John’s passing and our sincere condolences are with Lynne, Alison and Matt, as well as the many people within the athletics community who were touched by John’s talent and humility,” said Athletics Australia President Jan Swinhoe.

“John knew what it took to excel at the highest level, and his determination to reach new heights has inspired generations of Australian distance runners.

“His athleticism was only matched by his sportsmanship and his service to others, and those qualities have allowed him to leave behind a powerful legacy.”

Outside of sport, the Athletics Australia Hall of Famer was also the 26th Governor of Victoria from 2001 to 2006.

But he is most famously remembered for his performance in the 1500m final at the 1956 Australian Track and Field Championships.

The essence of sportsmanship

Both his talent and sportsmanship came into play, when during the mile, a number of athletes fell in the third lap, with junior 1500m world record-holder Ron Clarke among them.

Landy stopped to check if Clarke was uninjured, before deciding to chase down the leaders to win the event.

It was a testament to his athletic prowess that he won the race in a time of 4:04.2.

The win is often considered one of the greatest moments in Australian sporting folklore and was voted the Finest Sporting Moment of the century at the Sport Australia Hall of Fame Gala in 1999.

World Athletics president Sebastian Coe said Landy was one of the great pioneers of the golden age of middle-distance running in the 1950s.

“He lit the spark that led to the legendary chase for the four-minute mile between 1952 and 1954 and was one of main protagonists in that quest,” said Coe, the two-time 1500m Olympic gold-medal winner.

“Ultimately Roger Bannister got there first but was also the first to recognise that Landy’s excellence inspired him to reach that historic landmark.

“Their race for the world record and their iconic meeting at the 1954 Vancouver Commonwealth Games captured the imagination of the world and did more to globalise our sport than any other event of that era.”

July streaming guide: Mad as Hell, Stranger Things and a doco about the day the music died
Christine Holgate says she was PM’s ‘roadkill’
Today's Stories