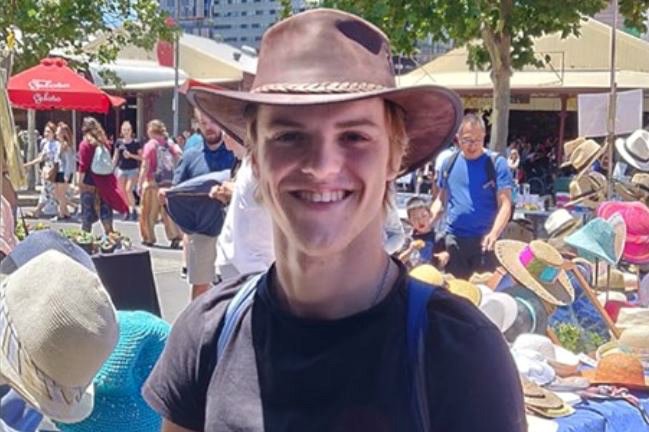 A $500,000 reward is being offered for information about the disappearance of 18-year-old Belgian backpacker Theo Hayez, who vanished on a night out in the northern NSW beach town of Byron Bay, nearly three years ago.

NSW Police will announce the reward on Wednesday in the popular tourist hamlet, in the hope it will lead to the discovery of Mr Hayez’s whereabouts or disclose the circumstances of his disappearance.

Police were alerted on June 6, when he failed to return to his hostel and could not be found or contacted.

Detectives established Strike Force Mulgray to investigate. However, despite the efforts of police, volunteers and the Byron Bay community, the teenager has never been found.

An inquest is underway in the NSW Coroner’s court.

“Detectives want to ensure every avenue has been exhaustively examined and we are continuing to ask anyone who had any interaction with Theo after he left that Friday night to contact us,” he said.

“We have worked closely with Theo’s family and friends here in Australia and over in Belgium from the beginning of our investigation.

“We all want to have answers as to what happened to him.

The Hayez family is urging people to come forward with any information about their son.

“Our hope with the reward is to reach out to more people as well as motivate people to talk to the authorities and overcome any barriers they might have to doing so,” the family said in a statement.

“Please, if you have any information that can help us, come forward now, don’t wait any longer.”