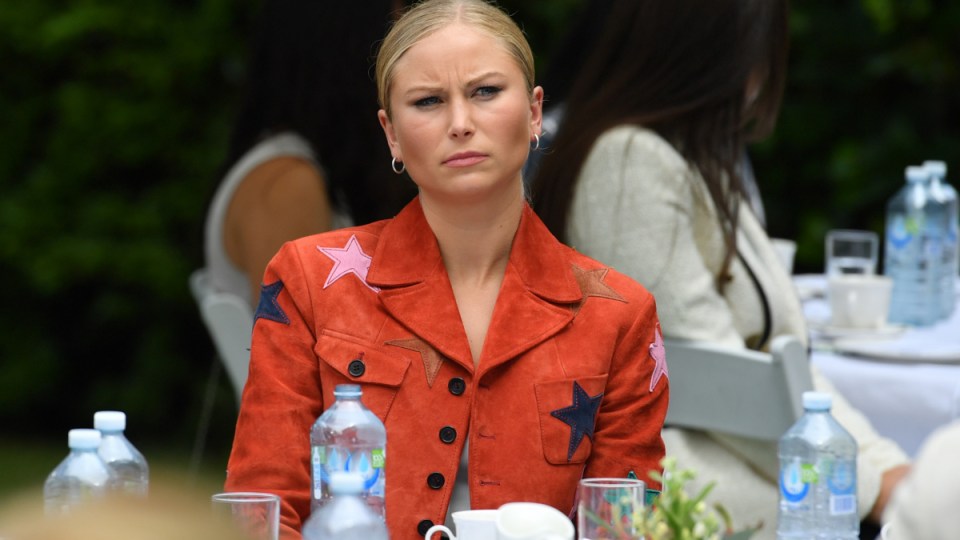 Grace Tame has taken another swipe at the Prime Minister in responding to the leaked photo. Photo: AAP

Former Australian of the Year Grace Tame has taken an epic swipe at Scott Morrison as she weighs into debate over an old photo of her sitting with a bong.

It came from Ms Tame’s Instagram – although it has apparently since been deleted – and emerged online on Monday.

The image was circulating widely in the media and online on Tuesday, prompting an outpouring of support for the child sexual abuse surviver and advocate.

“I confess, we were doing a cover of April Sun in Cuba,” she tweeted.

Ms Tame’s swipe – far from her first dig at the Prime Minister – references scenes of Mr Morrison strumming a cover of the 1970s Dragon hit on a ukulele in a 60 Minutes interview that aired on Sunday night.

In the same interview, Mr Morrison’s wife Jenny criticised Ms Tame. Mrs Morrison was particularly outspoken about the now infamous frosty meeting with Ms Tame at The Lodge last month ahead of this year’s Australian of the Year ceremony.

“I just wish the focus had been on all the incredible people coming in,” Mrs Morrison said.

“I just found it a little bit disappointing, [because] we were welcoming her in our home.”

It came as celebrities and others flocked to social media to show their support for Ms Tame – claiming the image was irrelevant and no reflection of her character.

The Project host Lisa Wilkinson described it as a “relentless hit job”, while ABC journalist Patricia Karvelas said it was “disgusting”.

Comedian Wil Anderson tweeted an image of himself, while adding “it’s hard but I forgive Grace”.

“I am sure there is a photo of me like that,” he tweeted.

“I don’t think this stuff is remotely in the public interest.”

The uproar came as Immigration Minister Alex Hawke shut down rumours the image had been leaked by the federal government.

“I saw some people on Twitter start to say the government did it. I don’t believe that at all,” Mr Hawke told 3AW radio.

Lost at sea? Here’s a desalination unit that fits in a suitcase
Jarryd Hayne to apply for bail after appeal win
Today's Stories