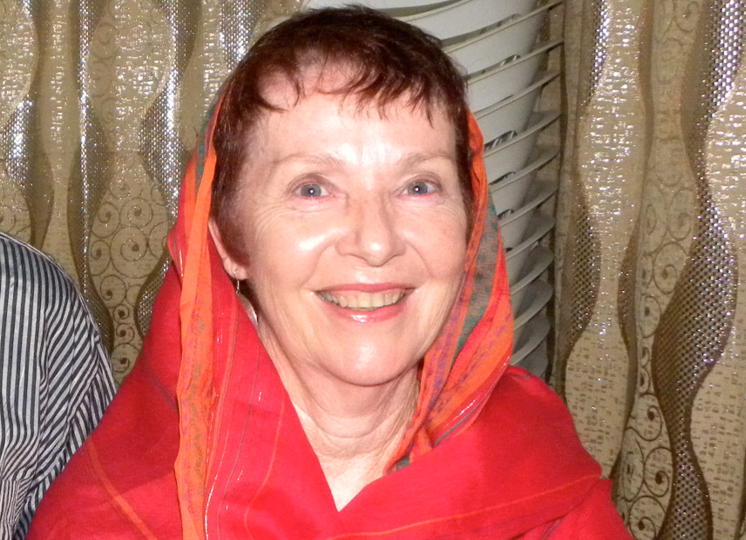 Detta Gleeson witnessed the world's horrors close-up but the radiance of her compassion never dimmed.

There are some people in this world who are just good, caring and kind individuals, who work every day to make the world a better place.

Bernadette Gleeson was, without doubt, one of them.

She was an amazing woman. So many adjectives are fitting – self-effacing, devoted, courageous, compassionate, resilient. She cared very deeply about the many women and girls she encountered during her life while working in the world’s trouble spots and conflict zones.

‘Detta’, as she was affectionately known around the globe, spent the best part of 20 years as a nurse with the Red Cross.

This week, posthumously, she was awarded the highest international nursing accolade – the prestigious Florence Nightingale Award – and described as a champion of humanity with exceptional courage and compassion.

If Detta were alive now, she would be laughing at all the fuss. She would be insisting that many others were more deserving of the accolade than she.

That’s the kind of person she was – no frills, no fuss, just get on with the job, bullets and baddies notwithstanding.

Detta passed away in 2017. She had been diagnosed with Acute Myeloid Leukemia during a mission in Lebanon. She fought hard to stay alive but lost her battle with the disease in December of 2017 after undergoing extensive treatment, including a bone marrow transplant.

Born and raised in country Queensland, Detta did her nursing training in Toowoomba. From 1983 to 2000 she worked in Melbourne, in the Epworth, Alfred and Cabrini hospitals.

Her first deployment with the Red Cross was to Afghanistan in 2000, to Kandahar as a hospital nurse.

For the next two decades she traversed the globe’s war and conflict zones, nursing in Kenya, Sudan, Ethiopia, Pakistan, Somalia, Libya, Nigeria and Lebanon. She loved it.

But she saw so many things she never wanted those closest to her to know about. Her brother, Pat Gleeson, told me this week he found out more detail from the eulogies at her funeral than she had voiced to the family back home. She never spoke of the horrors and the inhumanity she witnessed.

But, Pat says, the one thing she always struggled with, when she returned home to Australia between missions, was the disparity between the luxury of our First World lifestyles when compared with the countries she so loved working in.

And this says it all about Detta. During her final days of life, she was asked about the challenges of her frontline nursing career and the moments that had made her most proud. At that time she spoke with compassion about the plight of women caught up in war and remembered particularly those she had met in Ethiopia and Afghanistan.

In Afghanistan she worked to advocate for better treatment of women who required emergency caesarean sections. Urgent cases of women giving birth were not prioritised and neonatal and stillborn deaths were too high. The ICRC medical team worked to reduce the number of stillborn deaths.

While in Kenya, as head nurse at the ICRC surgical hospital in Lokichokkio, she was responsible for overseeing the surgical management of war wounded evacuated from neighbouring southern Sudan.

During this time, she implemented a program to track women in South Sudan who were stigmatised by obstetric fistula, an internal injury resulting from prolonged and obstructed labour. It leaves women incontinent and shunned by their communities.

Detta organised transport, equipment, logistics and training at the hospital so that women could be flown to Lokichokkio to receive surgery through the Catherine Hamlin Fistula Centre, named after its founder, Australian surgeon Dr Catherine Hamlin.

Detta was no stranger to danger. In South Sudan, while based in Khartoum as the ICRC health coordinator for operations in South Sudan, she travelled to the city of Juba to visit the hospital there. For six hours the hospital was caught in the crossfire of war and Detta and her team spent that time under an operating table until the fighting stopped.

Almost immediately the explosions ceased, Detta and the team were treating the wounded.

Detta did three missions in Afghanistan in 2000, 2003 and 2004. On one occasion, during a holiday into Taliban territory in Pakistan, she and her friends unknowingly stayed in a hotel a few doors from Osama Bin Laden’s hideout.

Of her time in Afghanistan, the Red Cross nomination for the award said:

“Many ICRC colleagues refer to Detta as an exemplary humanitarian role model, who embodied the true understanding of the value of teamwork and a collegial work environment. Detta has been described as a compassionate, loyal, inspiring, hardworking, and an experienced and dedicated nurse who had a wonderful sense of humour. Particularly Detta respected and valued the national staff and afforded them profound respect, regardless of their social standing.”

In 2011, she was deployed to Libya during the fall of the Ghaddafi regime and to Nigeria in 2013.

It was in 2015, whilst working as the hospital project manager at the Weapon Traumatology Training Centre, in Tripoli in Lebanon, helping to reconstruct patients with war wounds, that she was diagnosed with the illness that would take her life.

Detta’s legacy is far reaching. She bequeathed money from her estate to the Afghan Australian Development Organisation, which helps to deliver science training to 350 teachers and to the Fred Hollows Foundation, among many others.

If we could all just have a little bit of some of these attributes the world would be a better place.

Cindy Wockner: If only there were more great hearts and spirits in this world like ‘Detta’ Gleeson