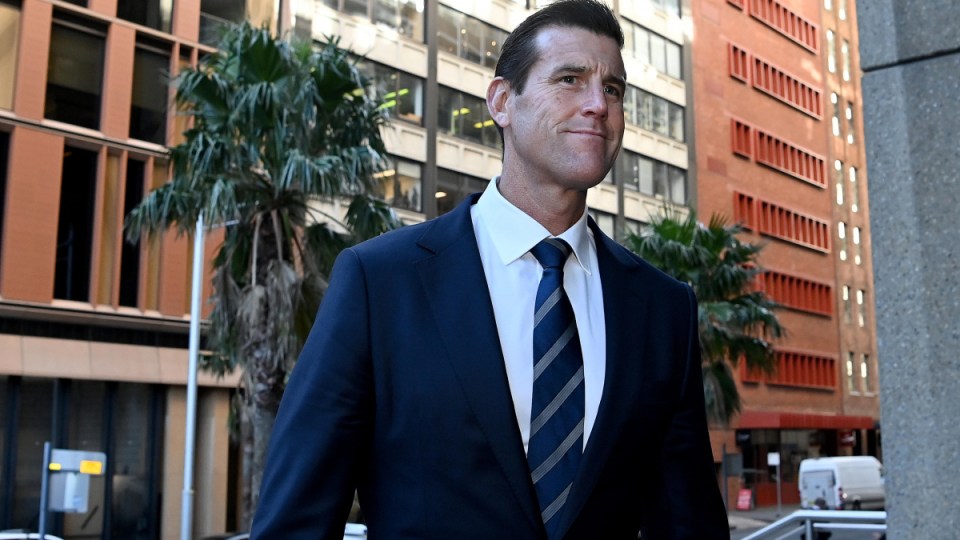 Ben Roberts-Smith bragged that blowing the brains out of an unarmed and terrified adolescent Afghan man was “the most beautiful thing I’ve ever seen”, a special forces soldier has testified in court.

The witness, codenamed Person 16, told the Federal Court on Friday that he pulled over a Toyota Hilux with four men inside on November 5, 2012.

He distinctly remembered one of two men he pulled out to pat down because he appeared a lot younger than the rest and was “shaking in terror”, he said.

Later he crossed paths with Australia’s most decorated living soldier in the army barracks.

“What happened to that young fella who was shaking like a leaf?” he said he asked Mr Roberts-Smith.

“[He said] Person 15 told me not to kill anyone on the last job so I pulled out my nine-millimetre and shot the c— in the side of the head. I blew his brains out.

“It was the most beautiful thing I’ve ever seen.”

“It’s the kind of thing that would be said by an ostentatious psychopath,” Mr McClintock said in June 2021.

Mr Roberts-Smith, a Victoria Cross recipient, is suing The Age, The Sydney Morning Herald and The Canberra Times, for defamation – denying their reports that he committed war crimes and murders in Afghanistan between 2006 and 2012.

Mr Roberts-Smith has strenuously denied all accusations of wrongdoing, and says he acted within the moral and legal rules of military engagement during his six tours of Afghanistan between 2006 and 2012.

On Friday, Person 16 said while he was “shocked” at what Mr Roberts-Smith had said to him, he never reported it due to a “code of silence within the regiment”.

“The fear of retribution, it would have been a career-ending move,” he said.

He also said he was worried for his personal safety, and did not want to put himself in danger by accusing “someone so influential”.

“I thought I just best keep quiet and move on with life.”

The body of the Afghan was photographed with an AK-47 gun that was placed on him later, Person 16 said.

He is the third Australian witness called by the newspapers – who have mounted a truth defence – and follows another serving SAS soldier who spent nearly five full days giving evidence.

Person 14 said last week he saw Mr Roberts-Smith order an Afghan soldier through an interpreter to shoot a detainee “or I will” towards the end of a mission in Khaz Uruzgan in 2012.

He also claimed to have witnessed the infamous shooting of an unarmed Afghan man who had a prosthetic leg outside a Taliban compound dubbed Whiskey 108.

He denied he was jealous that Mr Roberts-Smith was awarded the VC in 2011, saying this did not motivate a smear campaign against the war hero’s reputation.

Mr Roberts-Smith’s lawyer accused him of lying and fabricating much of the story.