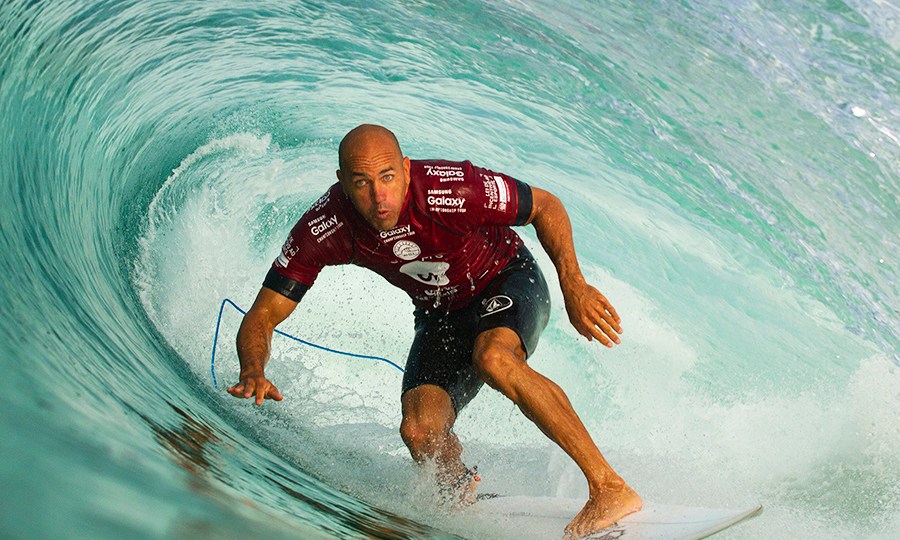 Thirty years after chalking up his first win at Hawaii’s iconic Pipeline, an ageless Kelly Slater has done it again.

The venerable surf star’s incredible triumph comes with his 50th birthday less than a week away and makes him a contender to reclaim the world title he has so far won 11 times.

There’s a potential problem on the horizon, though, as Slater’s quest for surfing’s crown depends on two Australian events.

Australian officials have made clear there will be no vaccine exemptions for Bells Beach and Margaret River events in April and May respectively – and Slater is an outspoken critic of mandatory vaccination.

He dominated Sunday’s decider in the season-opening WSL event that pitted his wave-riding skills against Hawaiian Seth Moniz, at 22 less than half the master’s age.

A 56th top-level win was Slater’s first since Tahiti in 2016 and capped a wild campaign on the famous North Shore break that included an incredible buzzer-beating barrel to reach the quarter-finals.

Slater toyed with Moniz, whose father Tony was a former rival of the Californian, in the early stages of their final before finding his way through two deep barrels, scoring nine and 8.17-point rides to set the bar high.

Moniz replied, somehow pushing through a heavy, breaking barrel to send his fanbase on the beach into a frenzy.

A stumble as he emerged cost him though, judges marking him down to effectively sealhis fate.

Slater and Moniz did trade huge, late-dropping barrels for scores of 9.77 and 9.43 respectively with their final waves, to cap off a spectacular day of action as the American legend closed out victory — 18.77 to 12.53.

Old man and the sea: Kelly Slater, 49, shows youngsters how to surf at Hawaii tournament