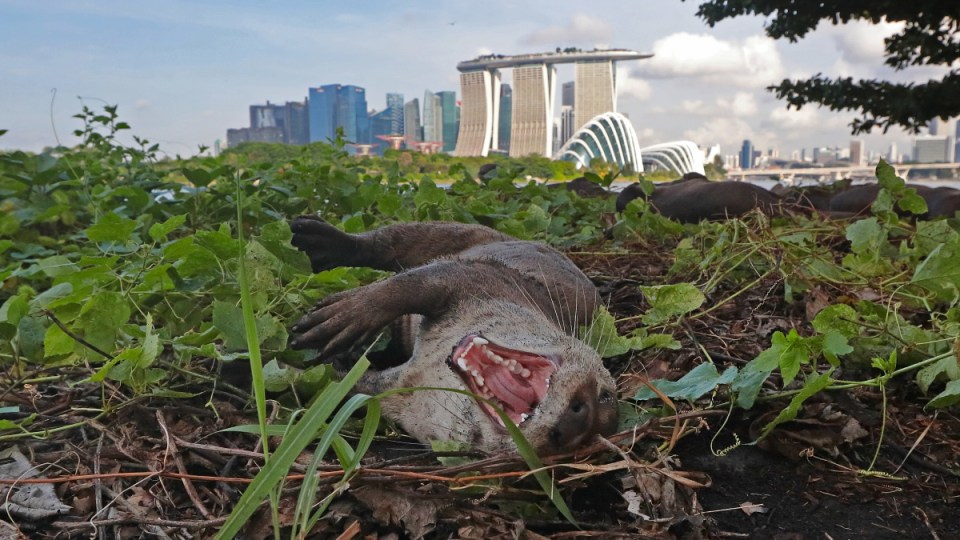 Graham Spencer says he had about 20 wounds after being attacked by Singapore's wild otters. Photo: Getty

A British man attacked by a vengeful pack of otters on an early morning walk in Singapore says he thought he was going to die.

Graham Spencer, who is in his 60s, was on his usual 6am walk in the gardens on November 30, when a “convoy” of about 20 otters ambushed him, making him fall over.

They then trampled and bit him.

“The whole process was 10 or 12 seconds, I couldn’t move…I thought I was going to die. If they bite my face or my neck, I’m dead,” Mr Spencer told Reuters.

Mr Spencer escaped only when a friend ran over to scream at the otters and pulled him away. The furious otter pack then chased the pair as they ran to get help at a visitors’ centre.

Mr Spencer was left with 26 wounds on his buttocks, legs and fingers.

Animal welfare groups said it was rare for otters to attack humans unless they feel threatened. Mr Spencer said he thought the otters might have mistaken him for a runner who had run past him, stepping on one of the animals in the dim early morning light.

“Because it was very dark, he never saw them. And he just ran straight into them. And he was treading on them,” he told local outlet Mothership.sg.

He said the otters “went crazy” in their attack on him.

“It was like, time had stopped, and I just kept thinking, surely, I’m not going to die this way. This is how I’m going to end? What will my kids think?” he said.

“I just thought, guys, no, so I’ve got to get out of this, and it literally probably only lasted 10 seconds, but it was as if time stopped, and I just was going over all this thinking, I’ve got to get up.”

Mr Spencer, who lives in Singapore, said he hoped the authorities would install measures such as more solar-powered lights along the pathways.

“I weighed more than 200 pounds (90 kilograms) and I couldn’t get up without my friend’s help. If the otters had attacked a girl or child, they surely could not have survived,” he said.

Singapore Botanic Gardens did not immediately respond to request for comment on Saturday. But a park representative has told Mr Spencer they are investigating the incident.

Singapore’s national parks board has also issued an advisory on what to do if encountering an otter.

“DO NOT touch, chase or corner the otters. Observe them from a distance. Going too close to the otters may frighten them,” it said.

Man attacked by otters ‘thought I was going to die’