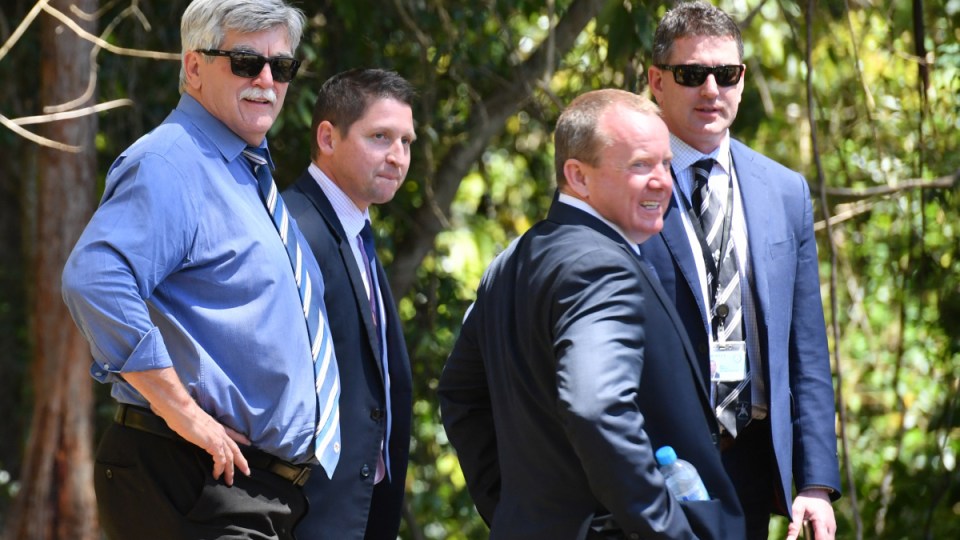 Police divers are on the scene of the search for missing boy William Tyrrell on the NSW mid-north coast.

It’s the 10th day of the renewed police search for the remains of the three-year-old, who disappeared from his foster grandmother’s home in Kendall in 2014.

The search, which police say could last “weeks and weeks”, has previously included dozens of police sifting soil in a patch of bushland, aided by a mechanical digger.

Police have also examined the garden of the Kendall property where William was last seen.

Wednesday marks the first time divers have been involved in the search.

The Australian reports that the divers inspected two water tanks on the property on Wednesday.

NSW Police Commissioner Mick Fuller said on Monday that investigations would continue “until investigators believe that job is done”.

More than 15 tonnes of soil has been taken to a lab for analysis and Mr Fuller said it could be “weeks and weeks of searching through that before we have any answers”.

Police have already sent “material and other things found up there that would be foreign to normal bushlands” away for DNA testing.

It comes after assault charges against William’s foster parents were mentioned in court on Tuesday.

The charges do not relate to William.