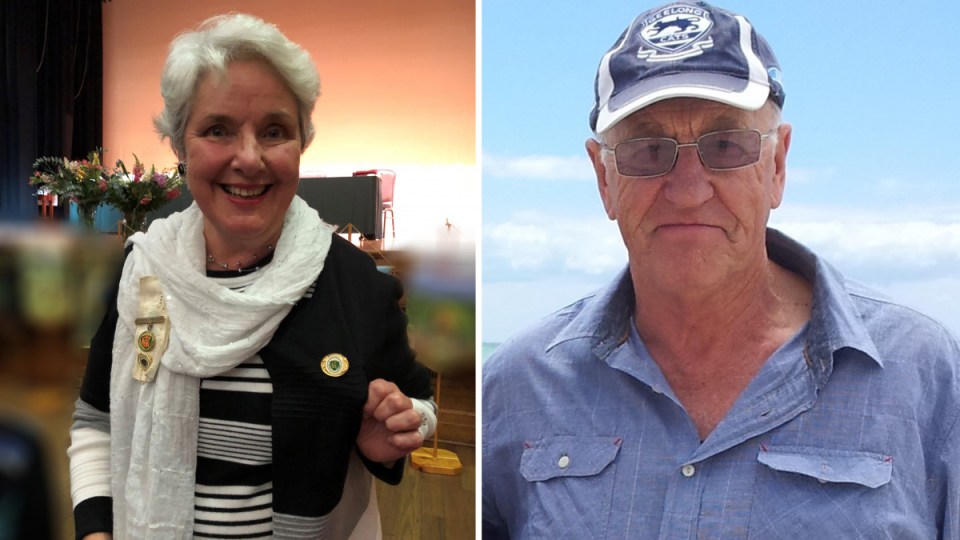 Ms Clay and Mr Hill have not been seen since March 2020. Photo: AAP

A pilot remains in police custody over the disappearance of two campers in the Victorian high country more than 18 months ago.

The 55-year-old Jetstar pilot, from Melbourne’s outer north-west, was still being questioned by police on Wednesday afternoon after his dramatic arrest at a remote campsite in Victoria’s north-east on Monday night.

Police are yet to release his name, but it is being widely reported as Greg Lynn.

His Nissan Patrol four-wheel-drive has also been seized and sent for forensic testing.

Jetstar has confirmed Mr Lynn is a pilot with the budget airline. He has been stood down following his arrest, which is the first in the long-running mystery disappearance.

Russell Hill and Carol Clay have not been seen since their burned-out campsite was discovered in the Victorian high country in March 2020.

The man was arrested at remote Arbuckle Junction, some 280 kilometres north-east of Melbourne. It is about 55 kilometres south of the Wonnangatta Valley, where Mr Hill said he was camping on the weekend he disappeared.

The pilot was taken to the Sale police station in Gippsland for questioning.

Ms Clay’s sister Jill Walker said she wasn’t aware of the man before his arrest.

“They really have found a needle in a haystack because it’s such a remote and huge area,” she told Nine’s Today.

She is hopeful police have the right person and charges were laid so justice could be delivered through the courts.

“We would love to be able to find the bodies,” she said.

“But I feel if we had to make a choice between the two, having the person whose committed this so that they can’t do it again is more important in the first instance.”

Mr Hill left his Drouin home, in Melbourne’s outer south-east, on March 19 and picked up Ms Clay from her home in nearby Pakenham in his white Toyota LandCruiser.

On March 20, Mr Hill made a call via high-frequency radio saying he was at Wonnangatta Valley.

During the call, the experienced outdoorsman said he was having radio transmission issues.

Campers found Mr Hill’s fire-damaged car at their campsite, which was destroyed by fire, near Dry River Creek Track on March 21.

Earlier this month, police released images of a blue four-wheel-drive, believed to be a mid-to-late-1990s model Nissan Patrol, taken by a safety camera in the area at the time Mr Hill and Ms Clay went missing.

Witnesses reported sightings of the vehicle, including near the campsite, with police yet to track down the driver or exclude them as a person of interest.

Police believe Ms Clay and Mr Hill might have had an altercation with another camper, possibly the driver of the mystery 4WD.

It was towing a trailer and was heard performing a 20 to 30-point turn on a narrow track the night the pair vanished.

Ms Walker knew the pair were in a secret relationship, despite Mr Hill being married. She believes that was part of the reason they travelled remotely together for their trips.

Michelle Grattan: Morrison’s defeat is a victory for Independents, and the Greens
‘Power’ to the kids – their word of the year
Today's Stories