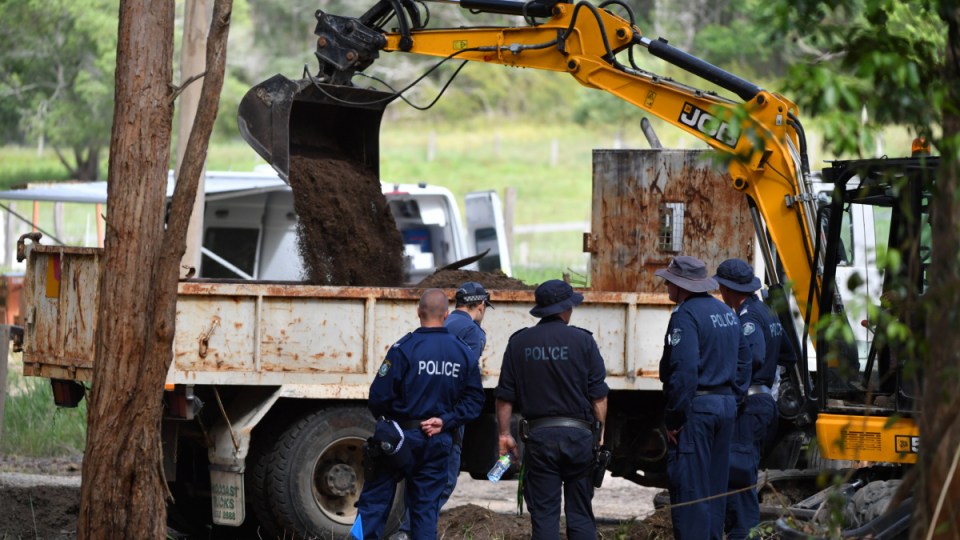 As their search for William Tyrrell goes into a second week, police have searched only about a square kilometre of a targeted area. Photo: AAP

The renewed search for the remains of missing three-year-old William Tyrrell could take months, with investigators on day six having scoured only a fraction of the scrub near where the pre-schooler disappeared.

As the end of the second week of the “high intensity” search began on Monday, NSW Police said they had searched an estimated 10 to 20 per cent of the areas of interest – or about one square kilometre.

At that rate, the painstaking effort could take up to nine weeks to complete.

In Canberra on Monday, NSW Police Commissioner Mick Fuller said the search for Wiliam’s remains would continue “until investigators believe the job is done”.

“We have taken 15 tonnes of soil and other pieces of evidence or potential evidence back for forensic investigation,” Commissioner Fuller said.

“[It’s] particularly challenging weather conditions at the moment but that will continue until investigators believe that the job is done.”

Thirty specialist police officers remained on the scene on Monday.

More than 40 millimetres of rain has fallen in the area in the past 24 hours and Mr Fuller said police could still be looking for “a number of weeks” and there were “lots of questions that need to be answered”.

“A big part of that is either locating his body or remains of his body at Kendall,” he said.

“We want to be certain that the search is being done as thoroughly as possible.”

Police have so far combed bushland and drained a creek in an area about a kilometre from the Kendall property where William’s foster grandmother lived and where he was last seen seven years ago.

Late on Saturday afternoon, the main search area was lashed by a  violent thunderstorm. Officers also spent Sunday cleaning up the dig site about a kilometre from the Kendall home after more rain and strong winds.

They focused on clearing dense bush and debris across the square-kilometre site, with the majority of digging and sifting on hold.

On Saturday, a hessian bag was found and collected for forensic testing, while at least two other pieces of fabric were placed in evidence bags and sent off earlier in the week.

Investigators have also scanned a concrete slab at the property, laid after the boy disappeared. They have since confirmed nothing of note was found.

Strike Force Rosann officers are testing theories William might have fallen from a balcony at the property, and have sifted through a garden below it. Last week they also seized a Mazda that previously belonged to the foster grandmother, who has since died.

The pair is due to face court at Hornsby on Tuesday.

The findings of a coronial inquest into the boy’s disappearance, which concluded last year, are yet to be handed down.

Weeks of William Tyrrell search ahead, as day seven begins