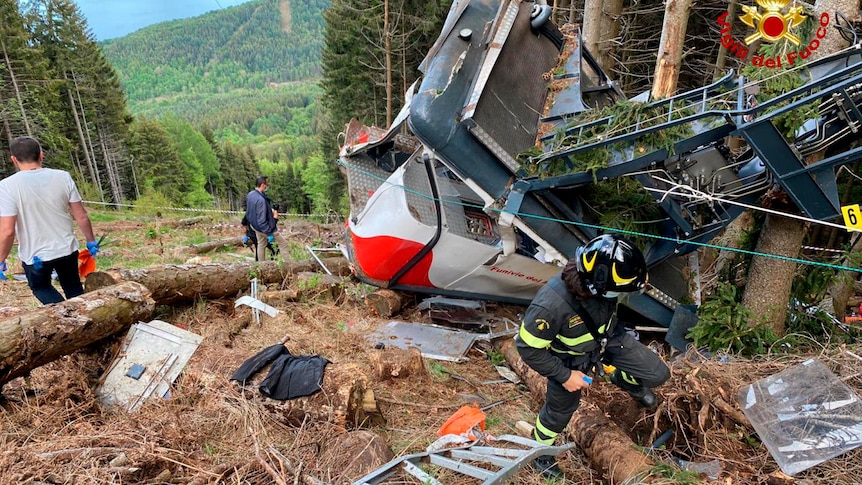 The boy who survived a cable car crash in Italy must be returned there, an Israeli court says. Photo: AP/Vigili del Fuoco Firefighters

An Israeli court has ordered a six-year-old boy who survived a cable car crash in Italy to be returned to his relatives there amid a bitter custody battle between them and his family in Israel.

The court has ordered Eitan Biran returned to “the place of his normal residence, which is Italy”.

It ordered his grandfather, who had flown him to Israel against the wishes of his family members in Italy, to pay about $20,000 in expenses and attorney fees.

Eitan’s parents and younger sibling were among 14 killed in May when a cable car slammed into a mountainside in northern Italy. He has been the focus of a custody battle between his maternal grandparents in Israel and his paternal relatives in Italy.

Eitan’s paternal relatives say he was taken without their knowledge and have filed a legal complaint in Italy seeking his return.

His grandfather, Shmulik Peleg, had defended his decision to spirit the boy away, saying it was in his best interest. He drove the child to Switzerland before flying him back to Israel.

Eitan and his parents were living in Italy at the time of the accident. After his release from a Turin hospital following weeks of treatment, Italian juvenile court officials ruled the child would live with a paternal aunt, Aya Biran, near Pavia, in northern Italy.