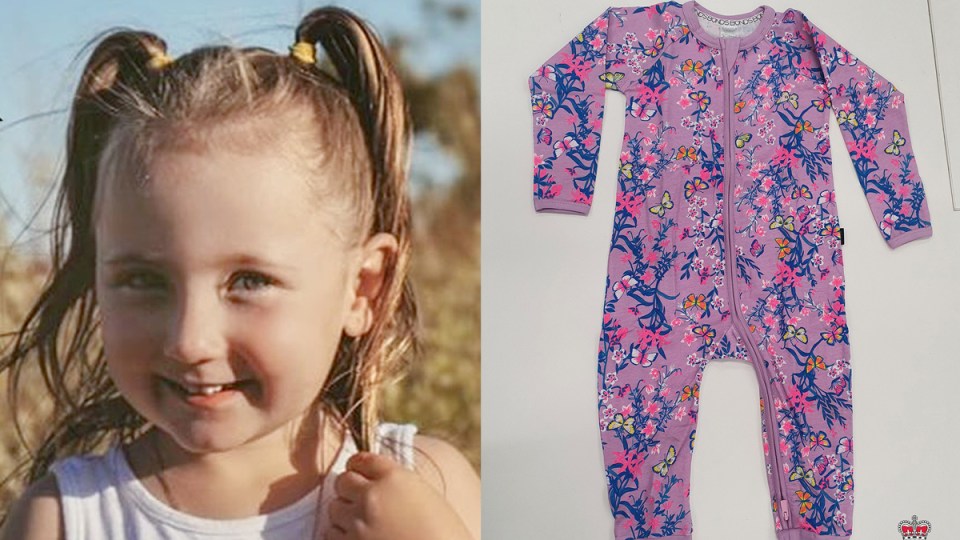 The desperate search for a little girl who vanished from her family’s tent in north-western Western Australia resumed on Tuesday afternoon, after being halted for hours because of bad weather.

It came as police issued a nationwide plea for any information about four-year-old Cleo Smith.

She hasn’t been seen since 1.30am on Saturday, when she was last seen sleeping in a shared tent at the Blowholes campsite at Macleod, north of Carnarvon.

An extensive land and sea search involving police, SES volunteers, the community and even tourism helicopters has turned up no sign of the preschooler.

On Tuesday, WA Police said it was too dangerous to keep searching for Cleo, as a storm moved in on the area.

“We’ve got heavy rain and high winds here and it’s simply not safe for the SES volunteers at the moment,” Inspector Jon Munday told Perth radio 6PR on Tuesday.

“We’re reassessing that hour by hour.”

They had already called off the ocean search, after three days without any sign of Cleo, and were concentrating their efforts on the area surrounding the campsite, which is about 900 kilometres north of Perth.

By lunchtime (local time), conditions had improved enough for the search to resume. Mounted officers were brought in to help with the ground search.

Police still believe it is most likely that Cleo somehow wandered from the site. But they are also considering that she might have been abducted, with homicide and major crime forensic investigators assisting local authorities.

“We can’t take anything off the table,” Inspector Munday told Seven’s Sunrise on Tuesday.

“One of the scenarios is that Cleo has been taken, and has been removed from the area.

“Look, it’s three days down the track now, she potentially could be anywhere.

Inspector Munday said public assistance would be vital in the search for Cleo.

“We’re keen to get this messaging out nationally to anybody,” he said.

“She could be anywhere by now, which is really concerning.

“That’s why time is really of the essence here and we’re throwing everything we can at it.”

Cleo was wearing a pink one-piece sleepsuit with a blue and yellow pattern when she disappeared. Her red and black sleeping bag is also missing.

Earlier, Inspector Munday would not comment on reports a car was heard speeding from the campsite in the early hours of the morning.

He said the conditions near the tourist hotspot were difficult and there were “grave fears” for the little girl.

“It’s been over 24 hours since I last seen the sparkle in my little girl’s eyes! Please help me find her,” she posted.

Police reveal fears missing girl might have been abducted