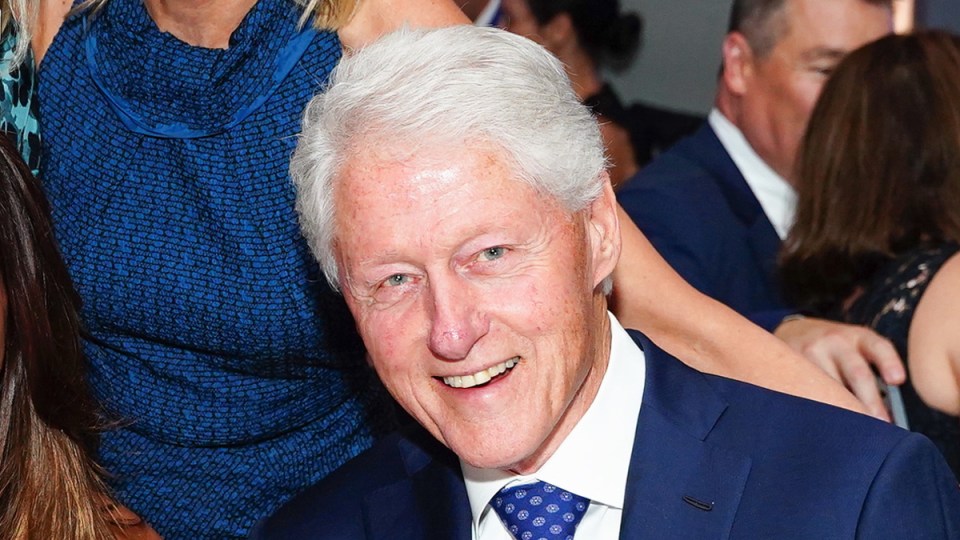 That famous Bill Clinton is shining again as the former president recovers in hospital. Photo: Getty

Former US President Bill Clinton continues to get on top of the infection that has seen him spend five days in a California hospital, a spokesman says.

The 75-year-old, who served as president from 1993 to 2001, entered the University of California Irvine Medical Center on Tuesday evening  suffering from fatigue and what has been diagnosed as a urological infection.

“He is in great spirits and has been spending time with family, catching up with friends, and watching college football,” Urena said in a statement posted on Twitter on Saturday, saying Clinton was expected to be discharged within the next 24 hours.

Clinton’s wife, former Secretary of State and 2016 Democratic presidential nominee Hillary Clinton, was at the hospital on Saturday.

Since his admission to the intensive care unit he has received fluids and antibiotics, his doctors said.

Clinton, who was in California to attend a dinner and reception for his foundation in Los Angeles County, has dealt with health problems in the past. He had quadruple bypass operation in 2004 and a procedure to open a blocked artery in 2010.

The Republican-controlled House of Representatives impeached him in 1998 on charges arising from his sexual relationship with White House intern Monica Lewinsky, but Clinton was acquitted by the Senate.

He was only the second US president to be impeached. Republican President Donald Trump would later become the third when he was impeached twice during his term.

Clinton, a former Arkansas governor, has combined a folksy charm with deep knowledge of policy issues. He defeated an incumbent president, Republican George H.W. Bush, in 1992 and then beat longtime Republican Senator Bob Dole to win re-election in 1996.